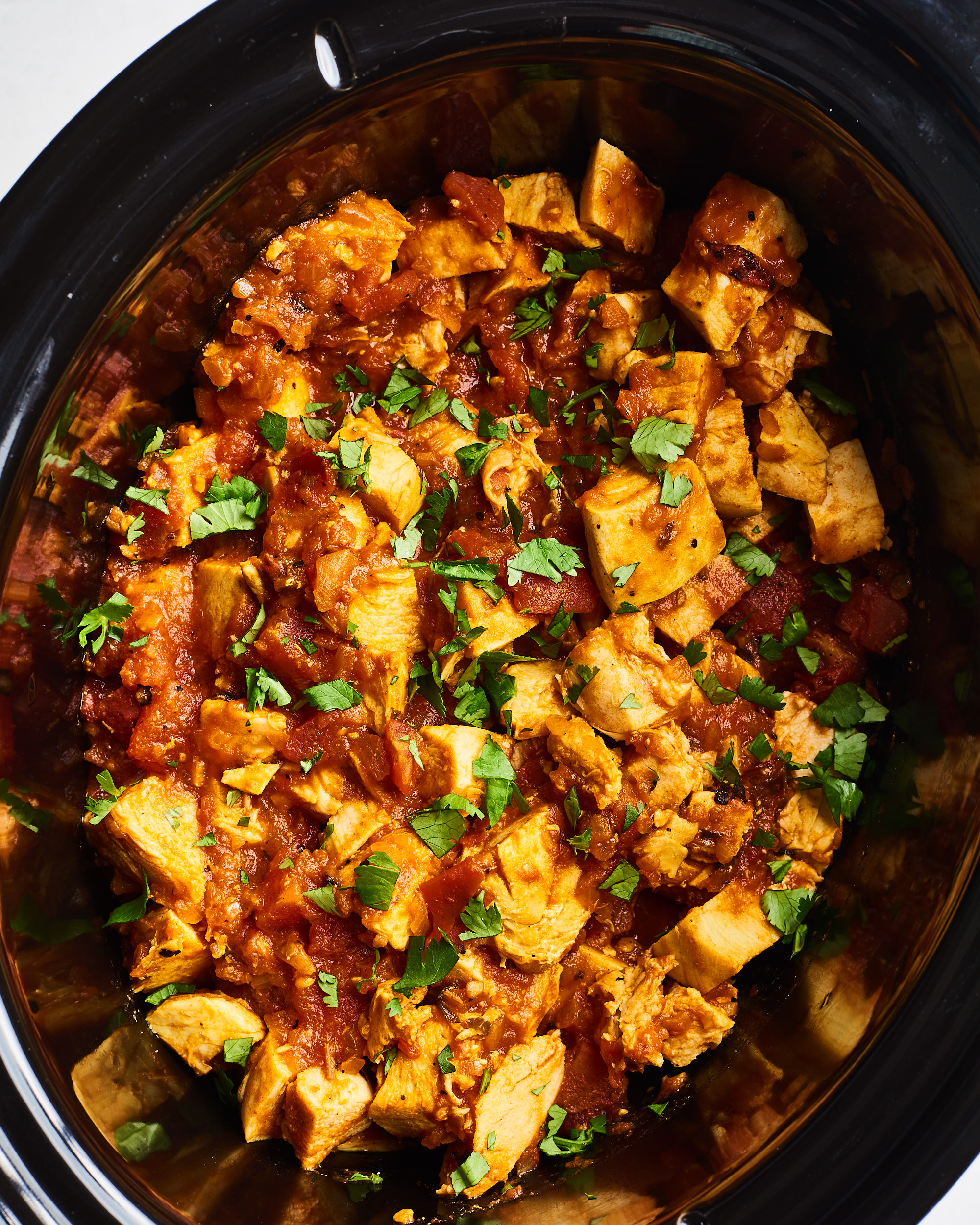 Of all the many frozen meals at Trader Joe’s, their Chicken Tikka Masala is definitely a fan favorite. Devotees feel pretty strongly that it’s the next best thing to the version served at their local Indian restaurant. This slow cooker version is equally as lazy, and we’d argue it’s even more tasty.

If chicken tikka masala is your go-to Indian restaurant order but you’ve never tried making it at home, here’s your invitation. We have a more classic homemade version on the site, but we are most definitely not opposed to taking shortcuts to simplify our lives. Here, we reach for the Masala Simmer Sauce at Trader Joe’s, which packs all the fragrant, creamy flavor of tikka masala into one easy jar. Combine it with fire-roasted diced tomatoes for some smokiness, and you’ve got the perfect sauce for simmering chicken. All you need now is some rice to serve it with.

Storage: Leftovers can be stored in an airtight container in the refrigerator for up to 3 days.