For dieters hoping to slim down, it can seem like nothing works when trying to transform their body.

With so many diets available for people to follow, knowing which one will work best can be tricky.

One woman who had a huge weight loss transformation shared her journey online to help inspire others.

The reddit user “cfabriziostanton” gave tips about her weight loss to show others how it helped her, but what diet did she follow?

Posting pictures of her before and after losing weight on Reddit, “cfabriziostanton” revealed that she had been following the keto diet to achieve her transformation.

The user shared that she had slimmed down by 3st 8lb, changing from her starting weight of 15st to a much healthier 11st 6lb.

She also revealed that she is 26-years-old and that the weight loss saw her shrink from a size 16 down to a size 8.

Underneath the post, other Reddit users took to the comment section to praise the user for her work and asked for tips on how she lost the weight.

She explained that she used the ketogenic diet to help her slim down her waistline. 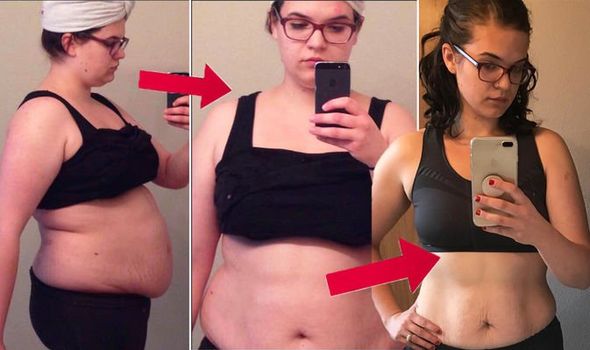 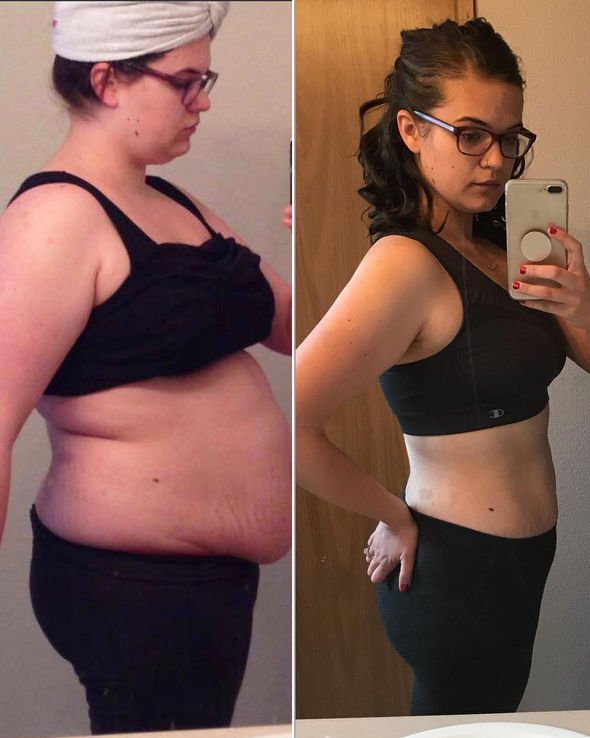 Speaking of her diet, “cfabriziostanton” said: “I follow a ketogenic diet. I feel like it has a bad reputation but it doesn’t need to be super greasy and fat laden for most who are trying to lose weight.”

The ketogenic diet requires slimmers to eat less than 25 grams of net carbs a day and instead fill up on foods high in fat, such as meats, fish, eggs and eating vegetables.

This is meant to help the body enter a state called ketosis which can help burn more fat.

“Once my body switched to using fat as fuel I had a ton of excess fat already attached to my body to fuel it,” the user explained.

“I eat protein of all kinds (fish, meat, eggs) fat (avocados and cheese mainly) and low-carb veggies (broccoli, asparagus, cabbage, lettuce, spinach and zucchini) but my portion sizes are significantly smaller since being in ketosis- because my appetite is suppressed and my thinking of what “normal” is has been completely rewired.” 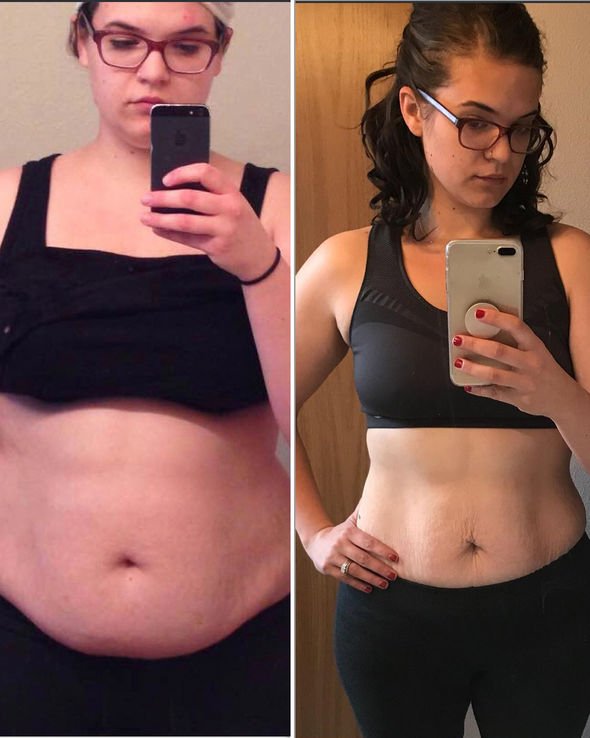 By following the ketogenic diet, slimmers can shift up to 10lb in the first week, according to research.

Although most of this will be water weight, dieters can expect to lose around one or two pounds a week as their bodies adjust.

One study on US National Library of Medicine found obese patients lost 2st 2lb, or 3.5lb a week, after using the keto diet for two months, and over 88 per cent of patients lost more than 10 per cent of their starting body weight.

Another dieter used Reddit to share her own weight loss transformation after she lost a jaw-dropping 10st by eating a limited number of calories.