Reese Witherspoon is one of the world’s most respected and famous Hollywood stars. Despite decades working in the film industry, the Legally Blonde actress looks just like she did when she first came on the scene. How has Reese maintained her physique?

However,  her breakout part wasn’t until 1999 after staring in a supporting role in Cruel Intentions.

Best known for portraying Elle Woods, the determined, rich and highly fashionable law student, in Legally Blonde (2001) she became a  household name, worldwide. But what is the secret to Reese’s youthful appearance and fantastic physic?

Reese Witherspoon is one of those celebrities who doesn’t seem to ever age, so it’s no surprise that many people are curious about how she maintains a sleek physics and what she eats to stay healthy and in shape. 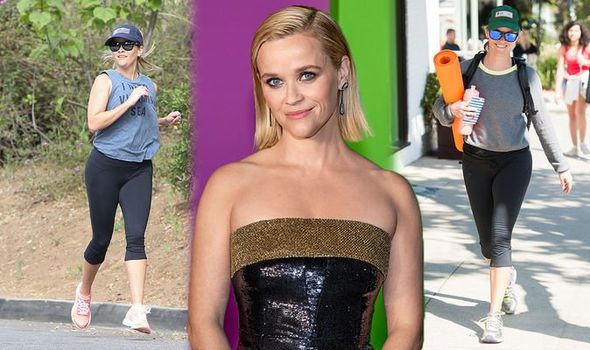 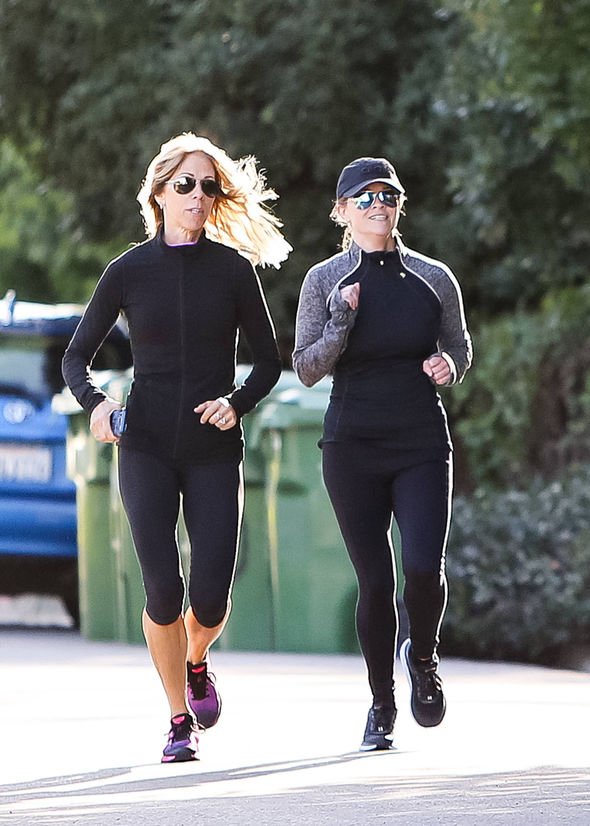 Her secret – a green juice every day and rigorous workouts.

It has previously been reported that Reese is a huge fan of Kimberly Snyder’s “Glowing Green Smoothie” – so much so that Reese revealed in an interview with Radio Times that she starts her day off every day with a green juice.

She said: “I just have a green juice and a coffee in the morning.”

According to a testimonial on Solluna by Kimberly Snyder, Reese said: “Kimberly’s philosophies about nutrition have really helped me maintain a healthy lifestyle while managing a very busy life.

“I start every day with a Glowing Green Smoothie and so does my family!”

The Glowing Green Smoothie has amassed a huge celebrity following with other stars such as Drew Barrymore, Channing Tatum, Chris Hemsworth and Hillary Duff – to name a few – supporting the product.

Reese also revealed that she takes inspiration from long-term friend and current co-star Jennifer Aniston, 50, for fitness tips and workouts.

She said: “Jen [Aniston] knows so much about health and fitness that I always defer to her. She’s great at wellbeing advice,” Reese complemented her The Morning Show costar.

The Oscar-winning star starts her day at roughly 07:30 in the morning, and begins the day with a workout. “I probably do that six days a week,” she shared in reference to her fitness routine.

Reese is known for having a personal trainer and attends Burn 60 classes, which is a high-intensity interval training (HIIT) regularly, she is also known to jog, go on yoga retreats and – according to Women’s Health – do Body By Simone workouts a few times a week. 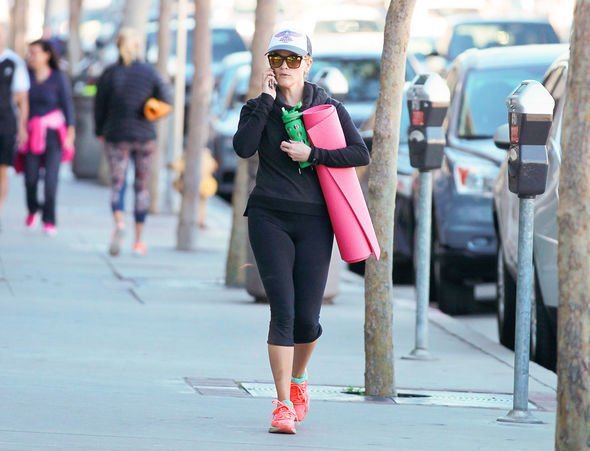 In an interview with the actress’ former trainer, Michael George, shared how you can also train like Reese. He said: “Eat clean and healthy with small meals and snacks daily, reduce alcohol consumption, and do cardio 30 minutes a day for six days per week.”

Eating clean requires a lot of fruits, vegetables and lean protein, so variety is key. According to nutritionists, eating smaller meals more frequently throughout the day promotes stable blood sugar and increased energy, which is also sustainable for a busy life.

However, Reese is no stranger to personal indulgence. In an interview with InStyle in 2016, Reese revealed that she maintains a well balanced diet and regularly indulges in her “signature Southern country fried steak”.

The star also revealed that she is not into “crash diets,” she told USWeekly: “I don’t believe in crash dieting or anything like that.”

Aside from Reeses’ sustainably friendly diet, she also engages in fun workout routines. In an interview with Delish it stated: “The Big Little Lies star has been known to go for jogs near her Los Angeles hime, and told Women’s health she loves to do hour long Body By Simone workouts – a combination of dance, strength training, and stretching – a few times a week.” 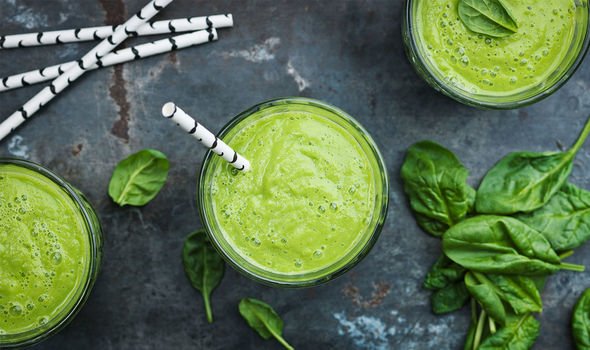 Have a go and train like Reese Witherspoon. Her former personal trainer has put together a rough circuit guide that you can try at home.