What is it about chicken that gets fast food brands so heated?? I have no idea but it seems somewhere along the way we’ve transitioned from the chicken sandwich wars to the chicken nugget wars—more specifically, we’ve transitioned to the SPICY chicken nugget wars. This week, after McDonald’s announced it was releasing spicy chicken nuggets, Wendy’s had some VERY harsh words for them.
On Tuesday, a follower asked Wendy’s “I see that @McDonalds is coming out with Spicy Nuggets. What are your feelings?” Now, you probably know whoever runs the Wendy’s Twitter is NEVER one to hold back but this response was particularly harsh:
Must have scraped up all of BKs leftovers and slapped mcprice tag on it. https://t.co/mVkvqAPvkH
“Must have scraped up all of BKs leftovers and slapped mcprice tag on it,” they wrote, roasting McDonald’s AND Burger King all in one swoop. The insults did not stop there: When someone said “burger king at least better the mcdonalds,” Wendy’s simply replied, “that’s like comparing garbage and rubbish.” Ouch! Things are really heating up…get it? Because the nuggets are spicy? You get it.
Now, you probably know that Wendy’s spicy chicken nuggets are kind of a big deal. Like, millions-of-retweets Big Deal. So it makes sense that they would be just a wee bit protective over their turf. But I like to think we can live in a world where I can go to any lovely fast food establishment and get some spicy nuggets and ranch and go about my merry way. That’s my idea of happiness! How about you? 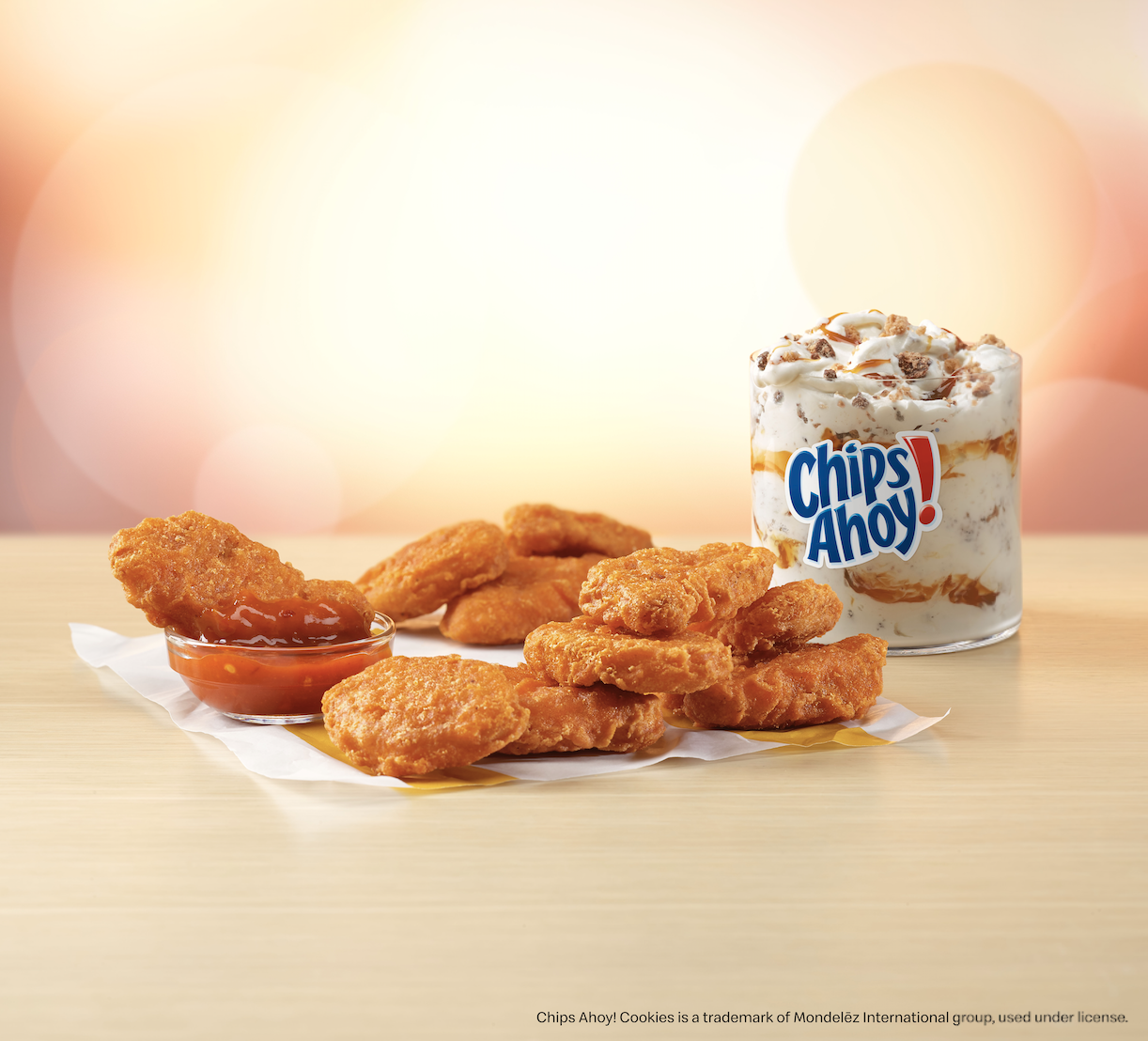 Dunkin’ Is Selling A Sugarplum Macchiato That Is Sweet And Fruity

Can’t Find a Heating Lamp? This Space Heater Is an Affordable Way to Warm Up the Patio
Recipes