In mid-July, NBA players began arriving to the “NBA Bubble” inDisney World’s ESPN Wide World of Sports. Photos of their less-than-desirable food options quickly turned into memes, and although those photos only showed the food they were given for the first 36 hours in Le Bubble, the league brought in chef Shawn Loving to fix the problem.
Shawn Loving is an executive chef for Team USA basketball, so he has experience cooking for elite athletes in larger quantities. Though it’s unclear just how many people are in the NBA bubble, The Daily Beast reported that Loving feeds about 125 people in three different waves of meals. A team’s practice and game schedule will affect when and how they eat, such as a pre-practice smoothie or a post-game recovery snack.
When NBA players first started arriving, they were tested for COVID-19 and then self-isolated in their rooms for 36 hours. This is where the photos for the meals were coming from; everything was delivered in single-use containers so they could be disposed of for safety.
Though the period those meals were served in was super brief, the strange medley of plain pasta, chicken, greens, and watermelon went viral on Twitter soon after. That’s where Loving came in, and he’s focused not only on getting the food supply chain under control, but also on ensuring the cleaning supplies in the kitchen are up to standard given the pandemic.
Loving told The Daily Beast that his goal is to offer variety (and also nutritional value!) to the athletes. “We’re definitely not swinging along—a mashed potato, green bean, and barbecue chicken sitting in front of you and you’ve got no choices,” he told the outlet: “That’s not an option. That’s not how we flow. We’re flowing with everything we can do.”
He was vague about what certain athletes have requested, but he did share some of the meals he has already prepped. On one given day he made vegetarian whole wheat pasta, egg white wraps filled with sweet potatoes and lean meat, arugula, kale, and romaine salads with hemp seeds, power smoothies pureed with sea moss, a vegetarian tagine, fresh red grouper, and homemade banana bread.
This definitely sounds like an upgrade from the photos that made their rounds, so that’s good news. Looks like basketball is officially back, baby! 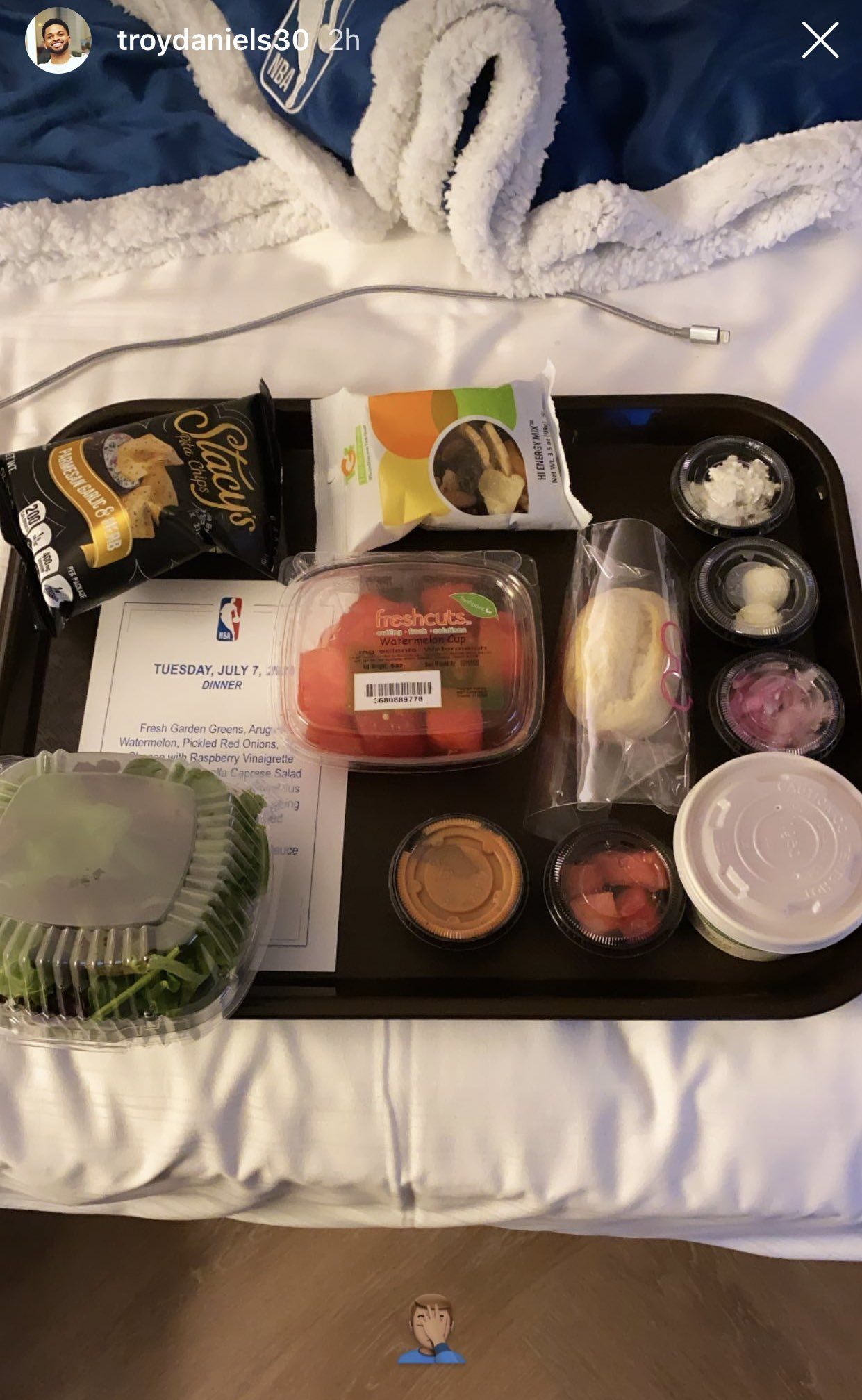