Repeat after me: Change is good! Especially when change looks like a delicious new Dragonfruit Freeze drink hitting Taco Bell menus today!
Starting today, September 24, you can get your hands on this delicious frozen drink that promises to be as delicious as it looks…and it looks pretty dang beautiful. Taco Bell describes the drink as “a tropical frozen beverage swirled with a burst of dragonfruit flavor.” The weather is getting colder, but this icy drink definitely sounds like it’s worth putting on a sweater and drinking it anyway.
If this all sounds a little familiar to you, that’s because Taco Bell actually made the announcement of this drink earlier this month, alongside the revelation that it would be cutting some menu items like the Mexican Pizza and shredded chicken. But never fear! Now that you’ve got a clear head about it all, you can just be psyched about all the new things Taco Bell is doing. In addition to the Dragonfruit Freeze, the chain will also be starting a test of the Quesalupa (which was available nationwide a few years back) in Knoxville, TN, today so if you live near there get on it!
Coming in November, you can look forward to ordering a Chicken Chipotle Melt, which Taco Bell describes as “marinated all-white meat grilled chicken, creamy chipotle sauce, and cheddar cheese rolled and melted together.” On that same day (November 5!) Taco Bell will also be adding Green Sauce to some regional locations. So yay! There might be a chill in the air, but Taco Bell is keeping things spicy, my friends! 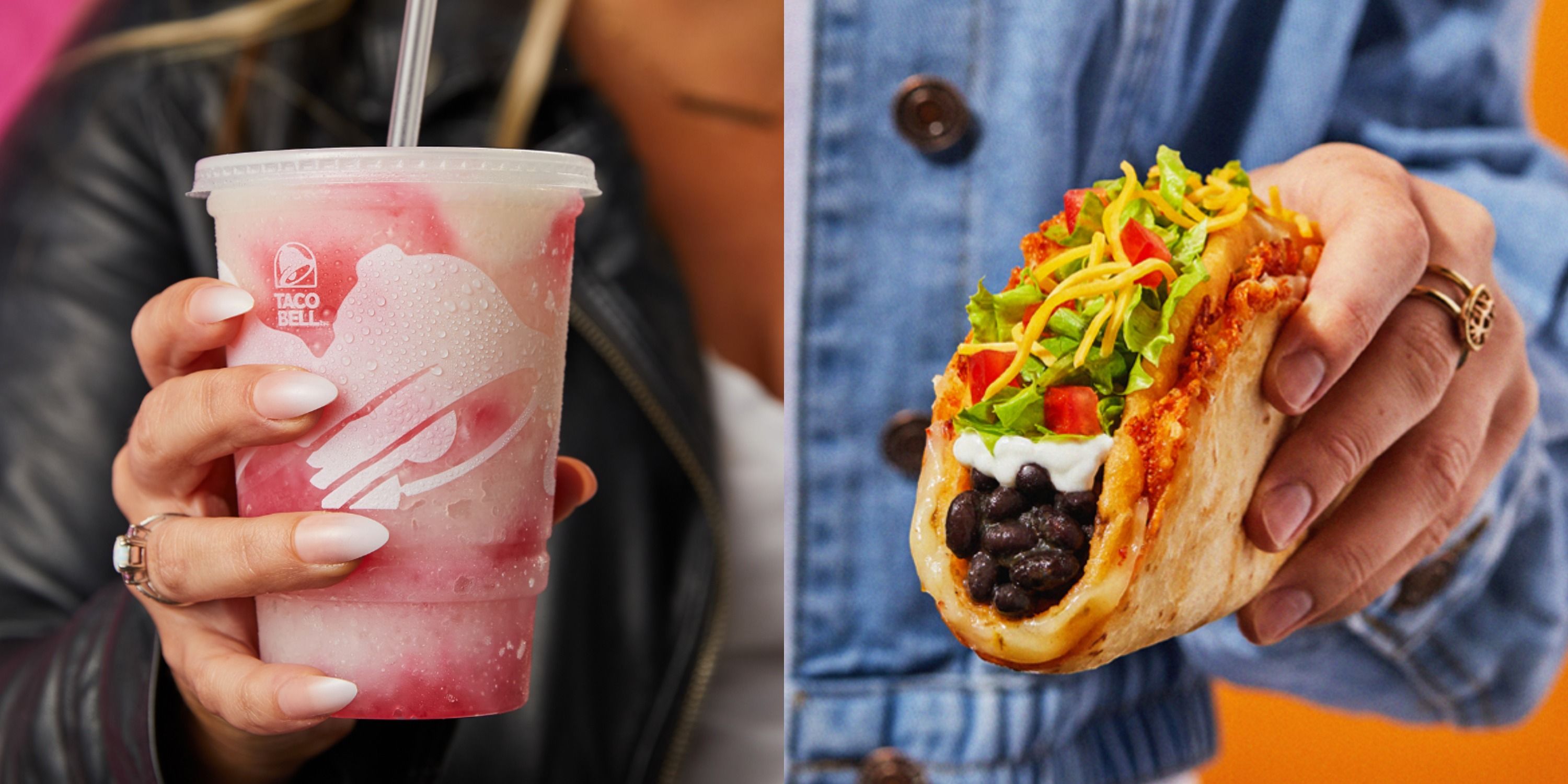