It’s officially fall when Krispy Kreme says it is, so that means the season begins today! The chain’s collection of pumpkin spice donuts is now available, and it includes everything from the classic OG glazed to a new one with a cinnamon roll spin.
Starting today and running all month long for the first time ever, Krispy Kreme is churning out its Pumpkin Spice Doughnut Collection. Participating shops across the United States will offer the chain’s four pumpkin spice donuts. Among the ranks are the returning Pumpkin Spice Original Glazed donut and Pumpkin Spice Cake donuts, which are pretty much exactly what they sound like. The Pumpkin Spice Original Filled Cheesecake donut is another returning flavor. It’s made of a Pumpkin Spice Original Glazed donut with a creamy cheesecake filling and topped with cheesecake icing.
The fourth and final donut that’s part of the collection is a newbie: the Pumpkin Spice Cinnamon Roll donut. It’s made of a pumpkin spice donut tossed in a pumpkin spice sugar blend and topped with cream cheese icing and cinnamon schmear. I mean…there’s nothing that sounds better than that! It’s like a donut, cinnamon roll, and slice of cheesecake all in one.
Grab each of these pumpkin spice donuts to enjoy with your PSL this year, and I assure you you’ll know true happiness for as long as it takes to consume them. After that, you can look forward to your next round. Enjoy! 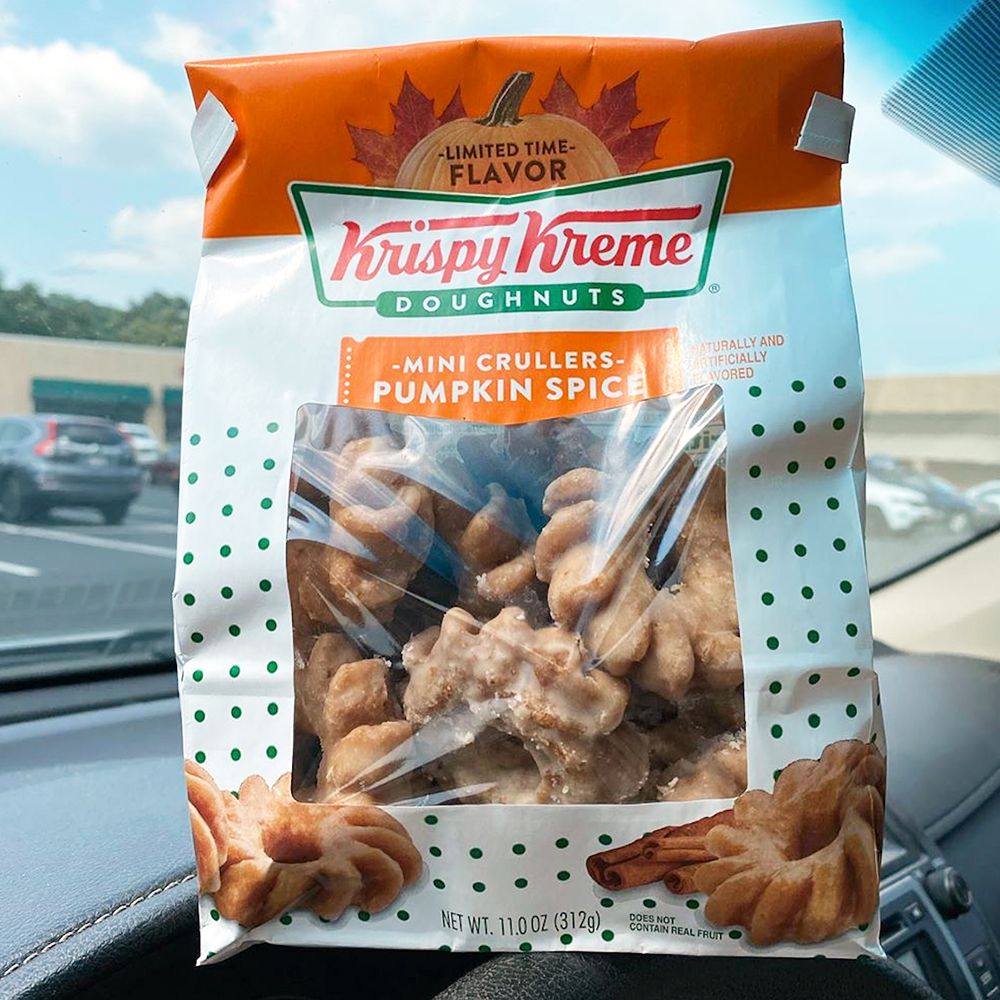