Kanye West shared photos of his visit to a Chick-fil-A location with the CEO of Chick-fil-A Dan Cathy, his brother Don “Bubba” Cathy, and comedian Steve Harvey, and the whole thing has the internet scratching their heads.
The rapper posted a video of the Cathy brothers singing the doxology Praise God From Whom All Blessings Flow, with a caption saying that they were saying grace before the group apparently dug in to some chicken sandwiches, milkshakes, and salads. Shortly after, he posted a photo of Steve with the caption “Me and Steve Harvey was hungry” with Steve posing with a smile and giving a peace sign.
Dan and Bubba Cathy giving grace at Chick Fil A🕊 pic.twitter.com/TigBlw5yrq
Me and Steve Harvey was hungry pic.twitter.com/0DtEdcPh8V
It’s not clear exactly what the meeting, which apparently took place in Atlanta, GA, was about or why this particular group had assembled, but Kanye does have some history with the brand. Closed On Sunday, a song off his October 2019 album, referenced the chicken chain with the lyrics “Closed on Sunday, you my Chick-fil-A.” He has a well-documented love of a fast food, generally, including shouting out his love for McDonald’s on Twitter and reportedly giving wife Kim Kardashian Burger King franchises as a wedding present.
slow motion slide boy 💂‍♂️⛷🪁 pic.twitter.com/emBWOstkG9
A few hours after the initial photo and video, Kanye also posted a slow motion video of himself going down a slide which appears to be at the restaurant. He also posted a photo Wednesday morning of a conference room with Chick-fil-A bags in it with the caption “THIS IS A GOD DREAM,” a reference to his song Ultralight Beam. 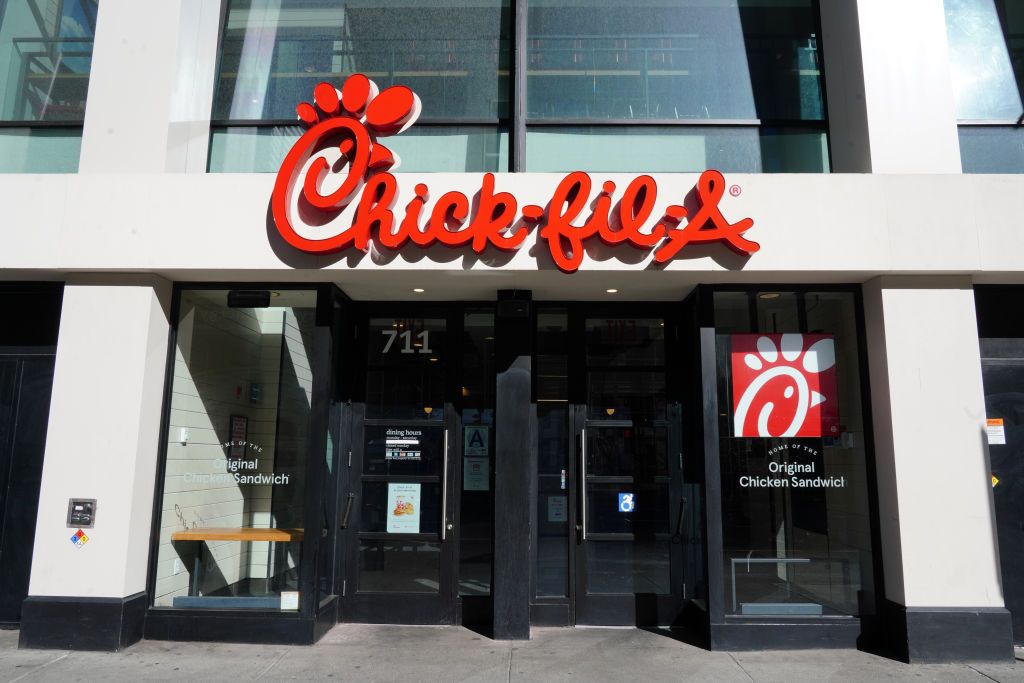