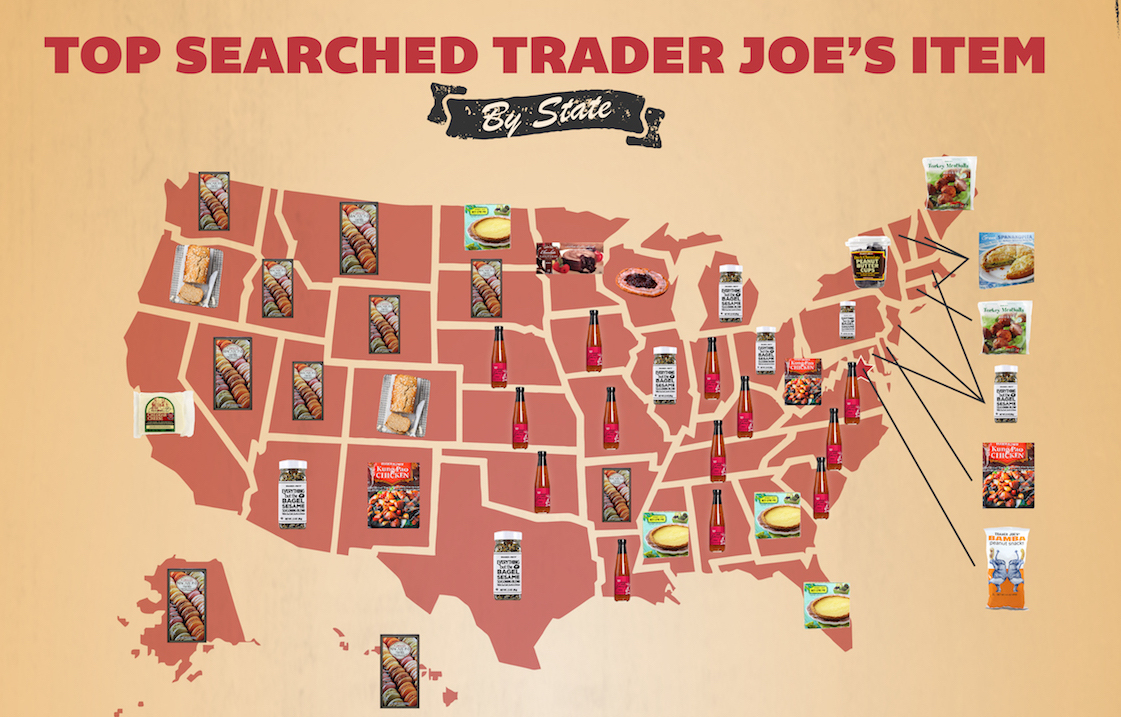 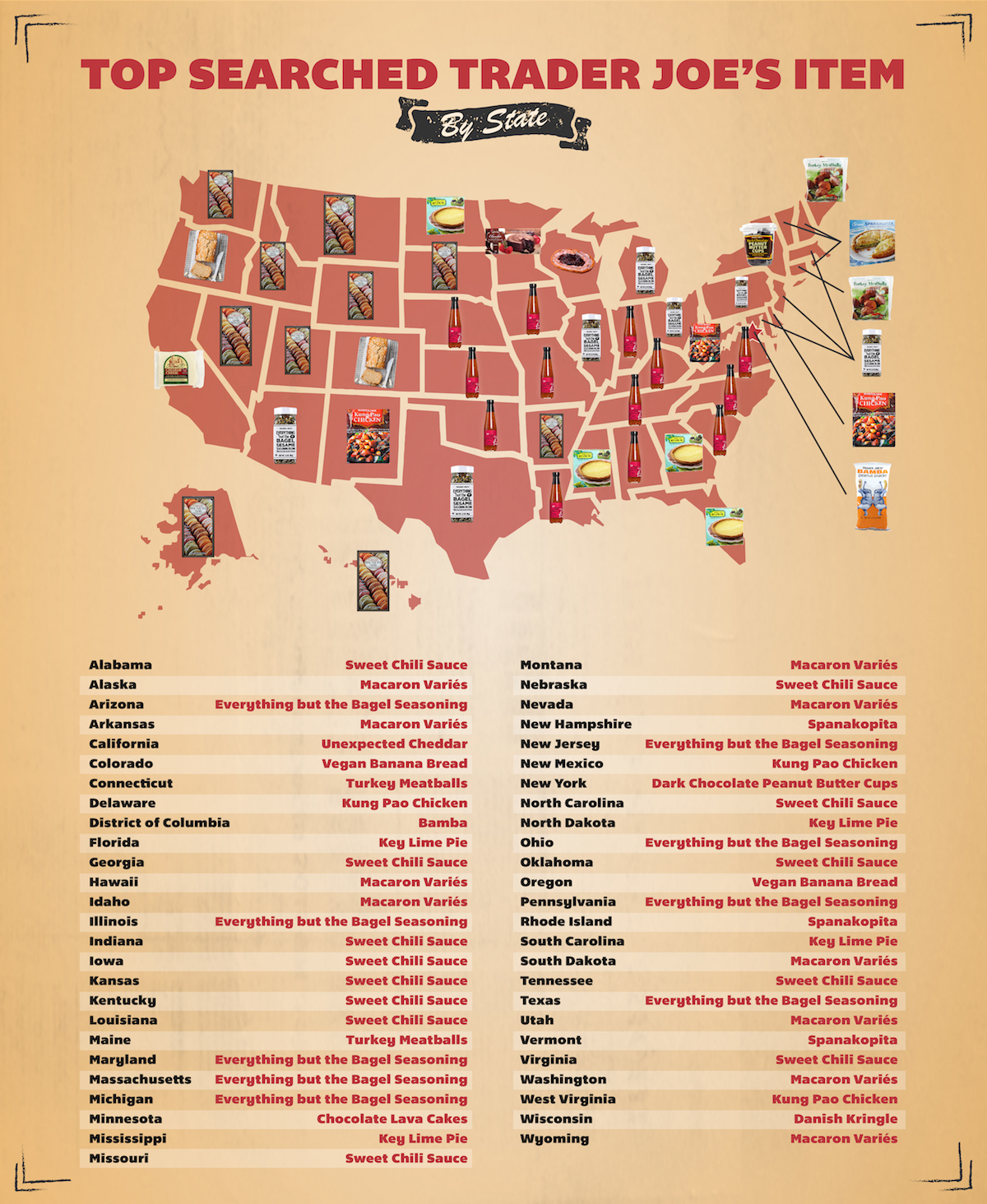 Rather than look at what people actually paid for and bought, this report looked at what people searched for — in other words, what they were most curious about — which explains how sweet chili sauce could have reigned over three of the four regions they examined and in so many states when it was only a runner-up in the condiment category at the Trader Joe’s 10th Annual Customer’s Choice Awards.

Interestingly, the winner in the condiment category was the Everything but the Bagel Sesame Seasoning Blend, which was most popular in nine states in the upper-Midwest and Mid-Atlantic. What this mostly tells us is that two of the three most popular individual products were condiments. 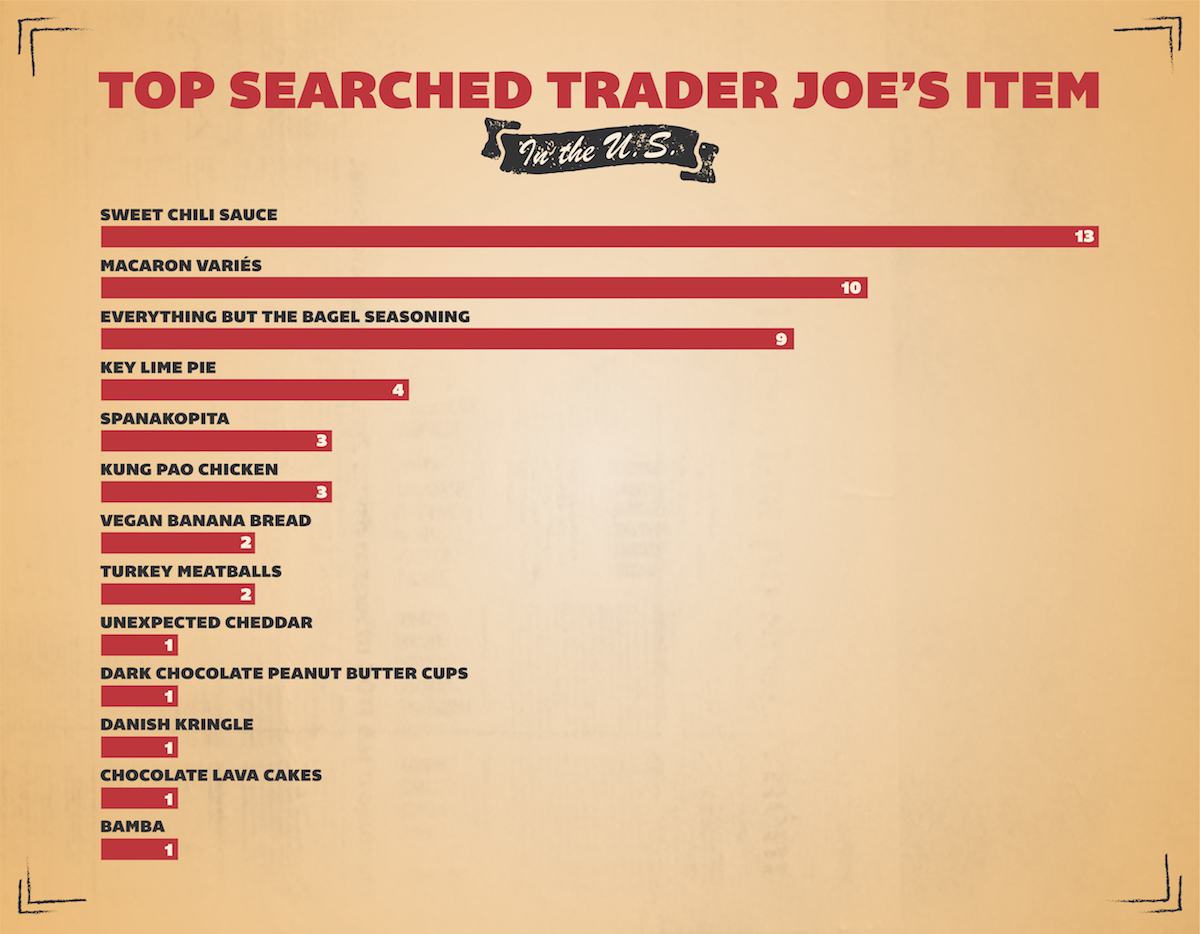 The next most popular category is a little more obvious: desserts. Everyone loves them, especially the Macaron Variés — and particularly in the West, where it was the only regional winner besides Sweet Chili Sauce. The six-flavor box of cookies makes for good snacking and great gifts, so no surprise to see it on the list. Other desserts that made the list include Key Lime Pie (popular in Florida, natch), Vegan Banana Bread (thanks to Oregon for living up to its hippie rep), Chocolate Lava Cakes, Dark Chocolate Peanut Butter Cups, and the Danish Kringle.

Overall, the list doesn’t include too many huge surprises: people love the Kung Pao Chicken, the Turkey Meatballs, and cheese (Unexpected Cheddar). Mostly, though, the list doesn’t tell us as much about the various states as it does what we should put on our shopping lists ASAP.