Selena Gomez and the K-Pop group BLACKPINK released a new song called “Ice Cream,” and Ariana Grande showed her support by sending Gomez a super clever gift: a bouquet of flowers shaped like a giant ice cream cone.
Gomez shared a photo of the gift on her Instagram Stories, tagging Grande in it and writing “obsessed.” The bouquet is made of a big sphere of pink roses with a ring of white roses around it, making it look like a scoop of strawberry ice cream on top of a scoop of vanilla. To pull the look together, the flowers come in a vase designed to look like vanilla ice cream melting down a waffle cone. 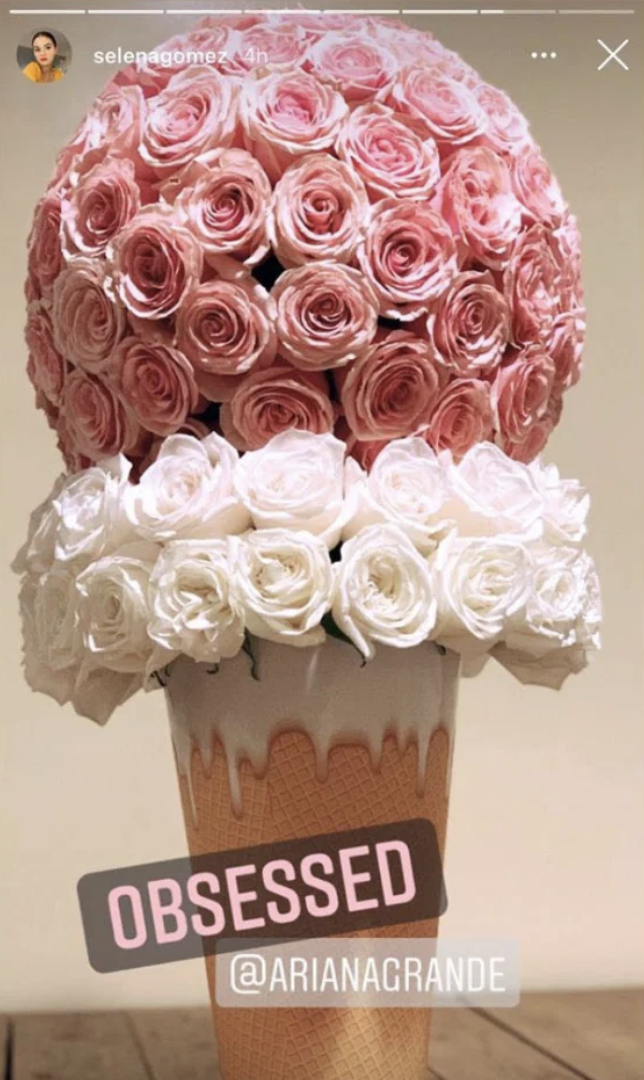 In another Instagram Stories post, Gomez showed the note Grande sent with the bouquet that read: “Selena, Congratulations ice queen! Love & Gratitude, Ari.”
“Thank you so much for everything,” Gomez wrote next to the note. “Your support means the world!!” 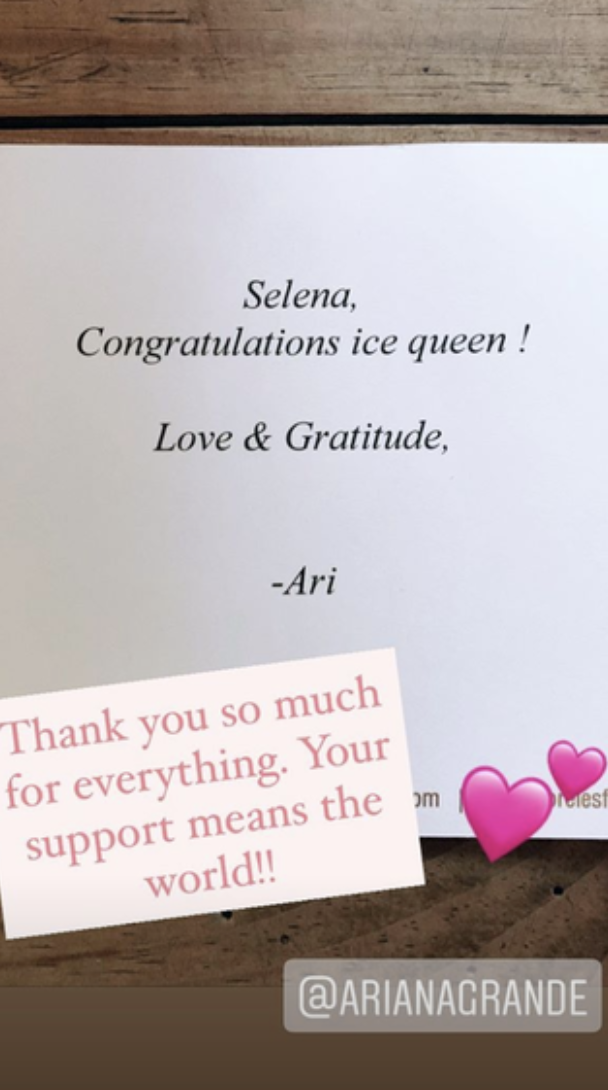 Grande actually co-wrote the song–released on Friday, August 28–along with Gomez, Victoria Monét, Teddy Park, Tommy Brown, and Bekuh BOOM. That’s all the more reason to celebrate if she helped make it happen!
And ICYMI, Gomez has an ice cream flavor of her own that she teamed up with Serendipity to release in honor of the new single. The flavor–called “Cookies & Cream Remix”–is made of pink vanilla ice cream, cookie bites, and gooey fudge. It’s on shelves in supermarkets now, and you can find it online at SerendipityBrands.com. You might as well eat a pint while you listen to the song and dream of receiving your own ice-cream-cone-shaped flower bouquet some day. 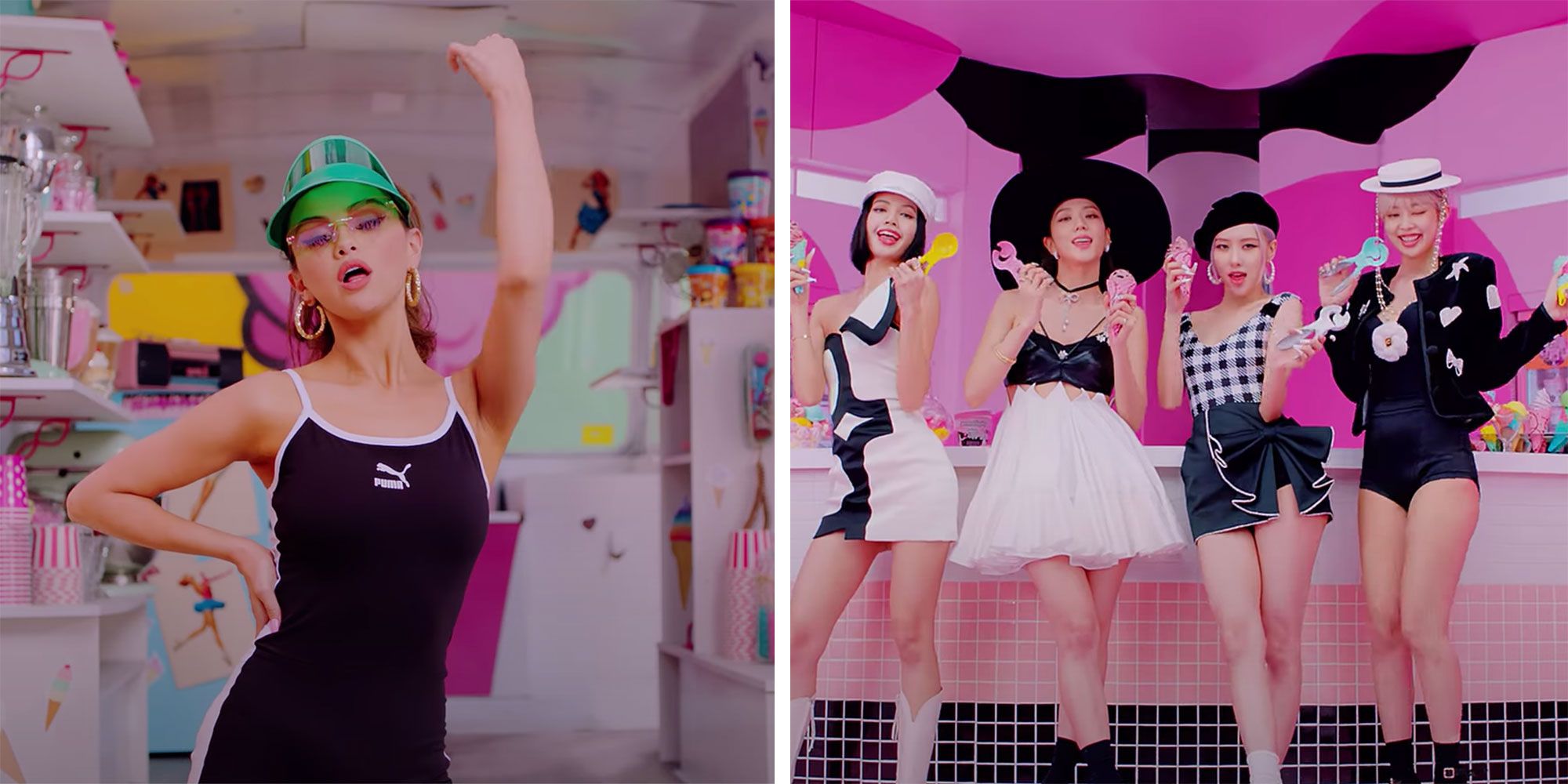 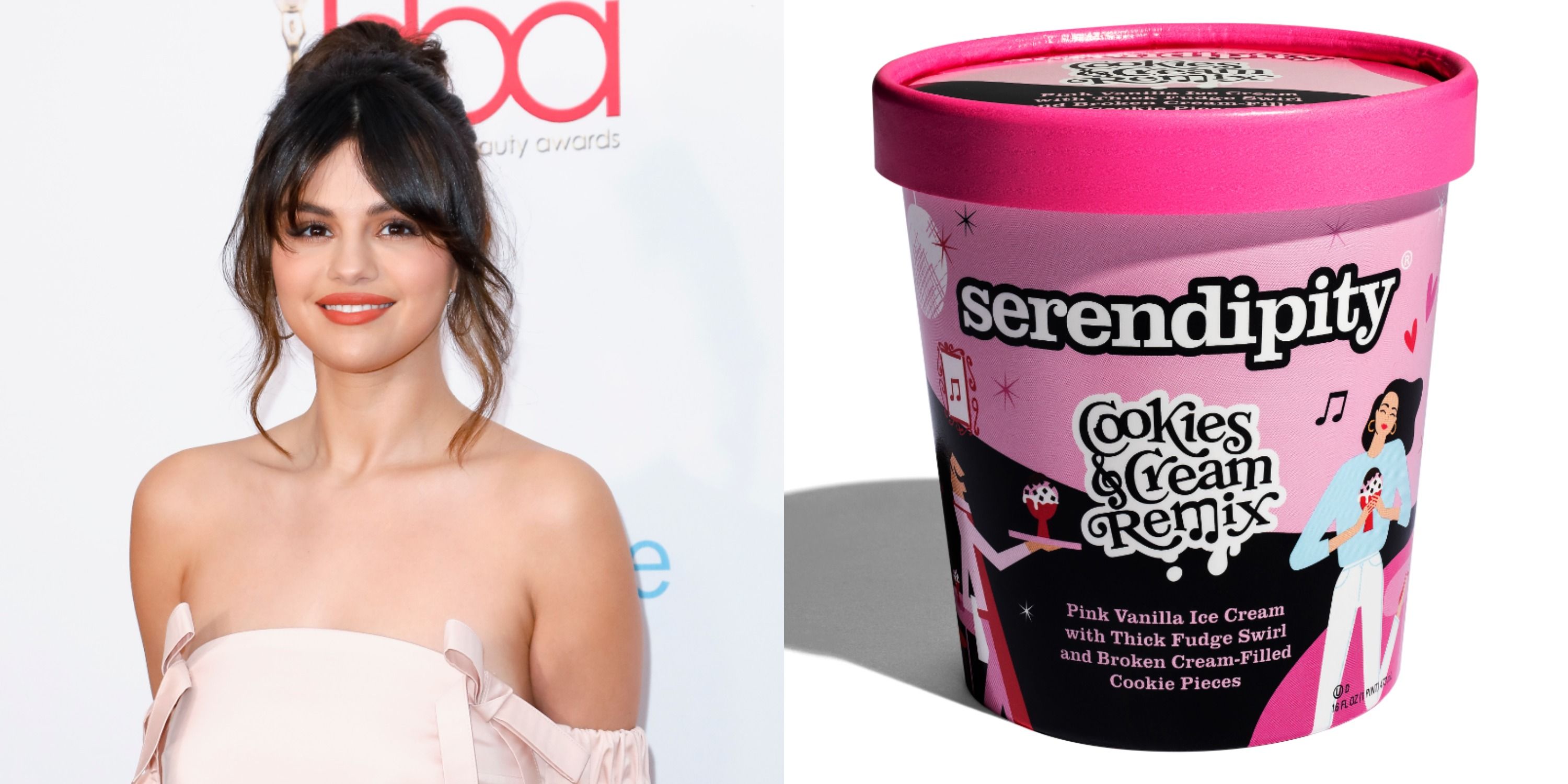