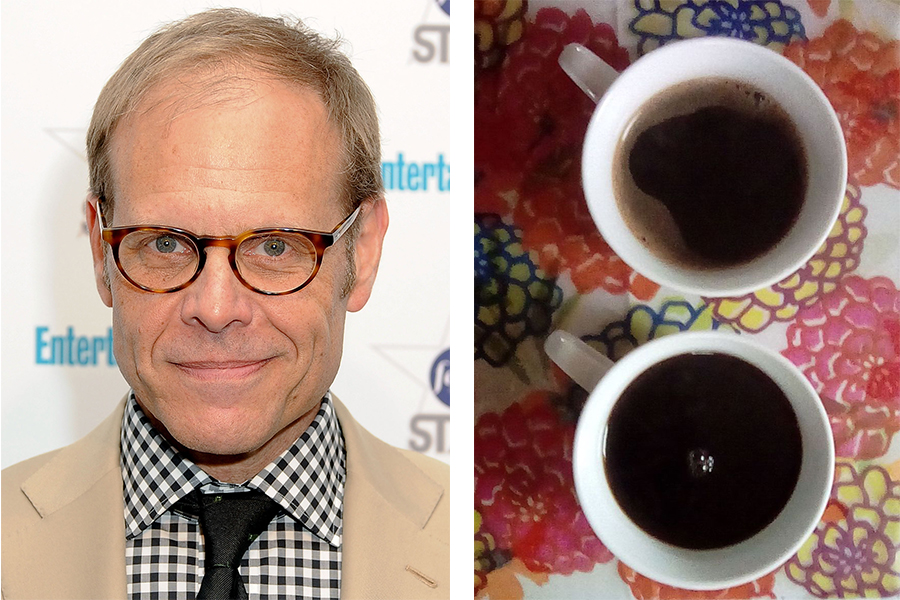 If you brew your coffee at home every morning like me, you probably think you know how to make your cup perfectly — for me, French roast, vanilla cream, sugar, and a dash of cinnamon lets me know it’ll be a “Good Morning,” (and so does everyone in hearing range of me, as I sing to my coffee machine.)

I’ve had time to hone my preferences, from a sugary mug of Café Bustelo before school in the 6th grade (really) to what I love 20 years later — so, when someone tells me how to really brew the perfect cup of coffee, I take it with a grain of salt.

Imagine my surprise when, thanks to a tip from one Food Network mainstay, I apparently needed to be more a little more literal about it.

Recently Buzzfeed revisited an old episode of Good Eats hosted by food genius and horned-rimmed-glasses aficionado Alton Brown. In the clip, Brown shares several tips on making the perfect brew, but one suggestion in particular sticks out: to add a dash of salt to your grounds before brewing.

Although the clip is from 2010, the tip is something Brown himself says he hears about quite a lot. “I touched upon this on Good Eats, but I often read about my addition of salt to coffee from fans all the time,” Brown says on his Facebook page.

“Not only does salt cut the bitterness of coffee, but it also smooths out the “stale” taste of tank-stored water,” Brown continues, “I’ve taken to adding a quarter teaspoon of kosher salt to every six tablespoons of grounds. That isn’t really enough to taste, but it’ll do the trick.”

I tried this trick myself and brewed two identical batches of coffee — using a French press instead of a drip machine. One batch had the quarter teaspoon of salt, and one was brewed like I do every morning. 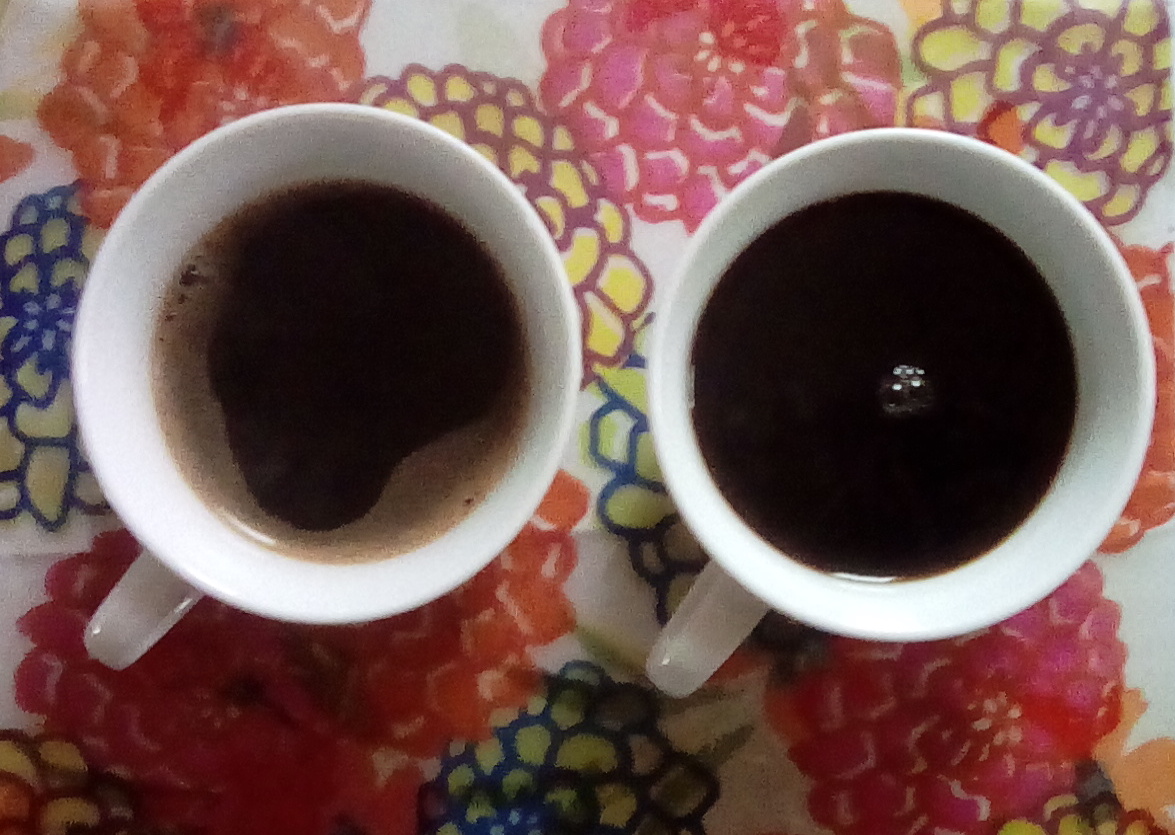 As you can see, the one on the left, brewed with salt, even looks smoother (which just might be what salt looks like in coffee, but it still made me ooh at the sight). Bottom line: It truly tasted less bitter — and yes, more salty… I mean, it’s salt. As long as you don’t salt it like movie popcorn, you’re fine. Minutes after the test, I realized I drank a cup of coffee, black, without adding anything into it. That hasn’t happened in a long time.

Still, I had additional two cups, (one with salt, one without), adding my usual items (sugar, cream, cinnamon) and found I needed less of them to fight the bitterness of my coffee. This is because our tongue’s sense of taste has more sodium taste receptors than bitterness receptors, which is also true for protein, which is why we like heavy cream and almond milk in our coffee as well.

Brown also mentions scientific research has proven that salt is actually better at neutralizing bitterness than sugar, which salted grapefruit-lovers the world over can attest. Sugar is slightly more acidic, and salt is not at all, which is why salt coffee tastes smoother as well. The thought of salt in coffee only sounds strange at first — till you remember sweet and salty are a remarkable pair.

Brown suggests ways to improve the quality of every element of your morning coffee on his blog (part #1 was written three years ago, so I’ll remain patient for #2), and you should too. Just space out your comparison tests a little — I’m only realizing now that I drank four extra cups of coffee in one day. Only for Alton.