The holidays are here, which means sweets are coming out in full force. From red and green wrappers to candy canes in every bizarre flavor imaginable, Christmas is quite a special time for the candy business. And to fully wrap our heads around it, CandyStore.com just released the latest data on America’s holiday candy consumption habits—and there’s a lot to take in here.

First of all, I was not even aware Reindeer Corn was a thing, but come to find out, it actually tops the candy rankings for not one, but EIGHT states. On the flipside, it also lands at no. 3 on the list of America’s most-hated Christmas candies. So, it seems like this candy warrants strong feelings on both sides. If you ask me, why anyone would want to suffer through candy corn for more than one season a year: I have no idea. Maybe for the same reason Christmas tree Peeps exist. 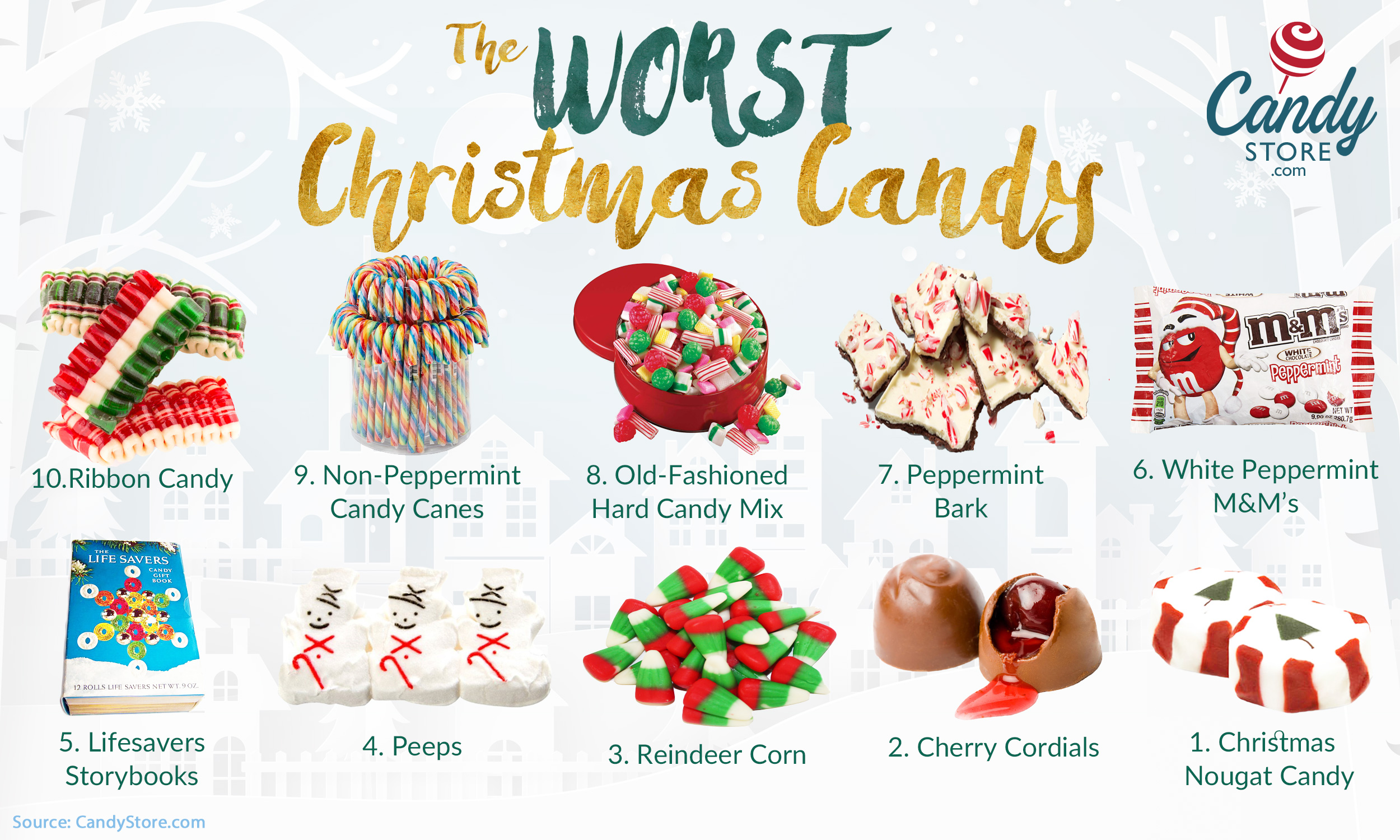 Although only six states favor candy canes as their #1 crush, CandyStore.com revealed that a whopping 1.76 billion candy canes are produced for the holiday season every year. Interestingly enough, National Candy Cane Day is actually the day after Christmas, on December 26th. Perhaps that’s really the stores’ clever way of clearing candy canes off the shelves after they’re seasonally relevant. No matter when you choose to eat them, the folks at CandyStore.com were more interested in HOW you choose to eat candy canes.They found that 72% of people start eating candy canes at the straight end, while the rest go for the curved end first.

Some states saw returning champions, like Reece’s Cup Minis in Texas, while others found new favorites, like peppermint bark in Kentucky. For the full list of every state’s top picks, and for more unnecessary but still super interesting Christmas candy info, visit the website blog and scroll over the interactive candy map.

Read more: What Exactly is a Christmas Pickle?