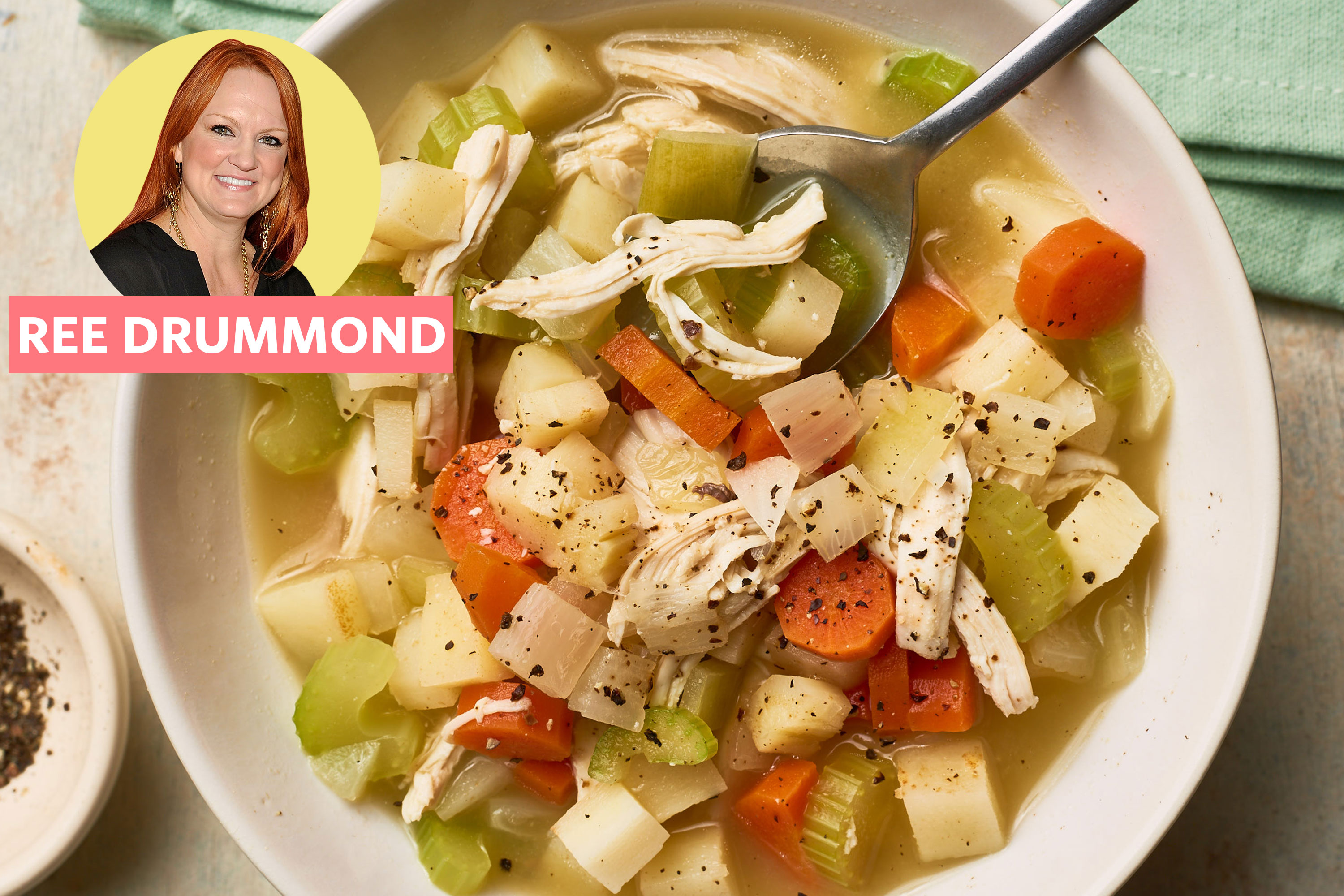 When I first read through Ree Drummond’s much-loved chunky chicken soup recipe, I was almost immediately sold. In my mind, chicken soup should be one of the least complicated things you can cook. After reading through her instructions, I knew she definitely agreed with me.

This is a “dump and cook” sort of situation. Toss a handful of things in a big pot, let it all simmer together, and you’ve got chicken soup. There are no fussy spices or extra steps like sautéing vegetables. But did it deliver past its promise of ease? Here’s what I discovered after making Ree’s recipe.

The recipe for Ree’s chicken soup is incredibly simple. You’ll place a whole chicken, bay leaf, chopped onion, and a few chopped carrots, parsnips, and ribs of celery in a big pot. Then you’ll pour in two quarts of store-bought chicken broth and season with salt and pepper. She’s flexible here, saying you could use a mix of chicken broth and water if desired. You’ll let the pot come to a boil, then reduce it to a simmer and simmer on low for an hour or two.

But Ree’s recipe is missing a major step, unfortunately. She forgets to mention that once the chicken is cooked through, you’ll need to remove it, let it cool slightly, pull off and shred the meat, then add the meat back to the pot. After that, you’ll taste and adjust seasonings as needed and then serve. 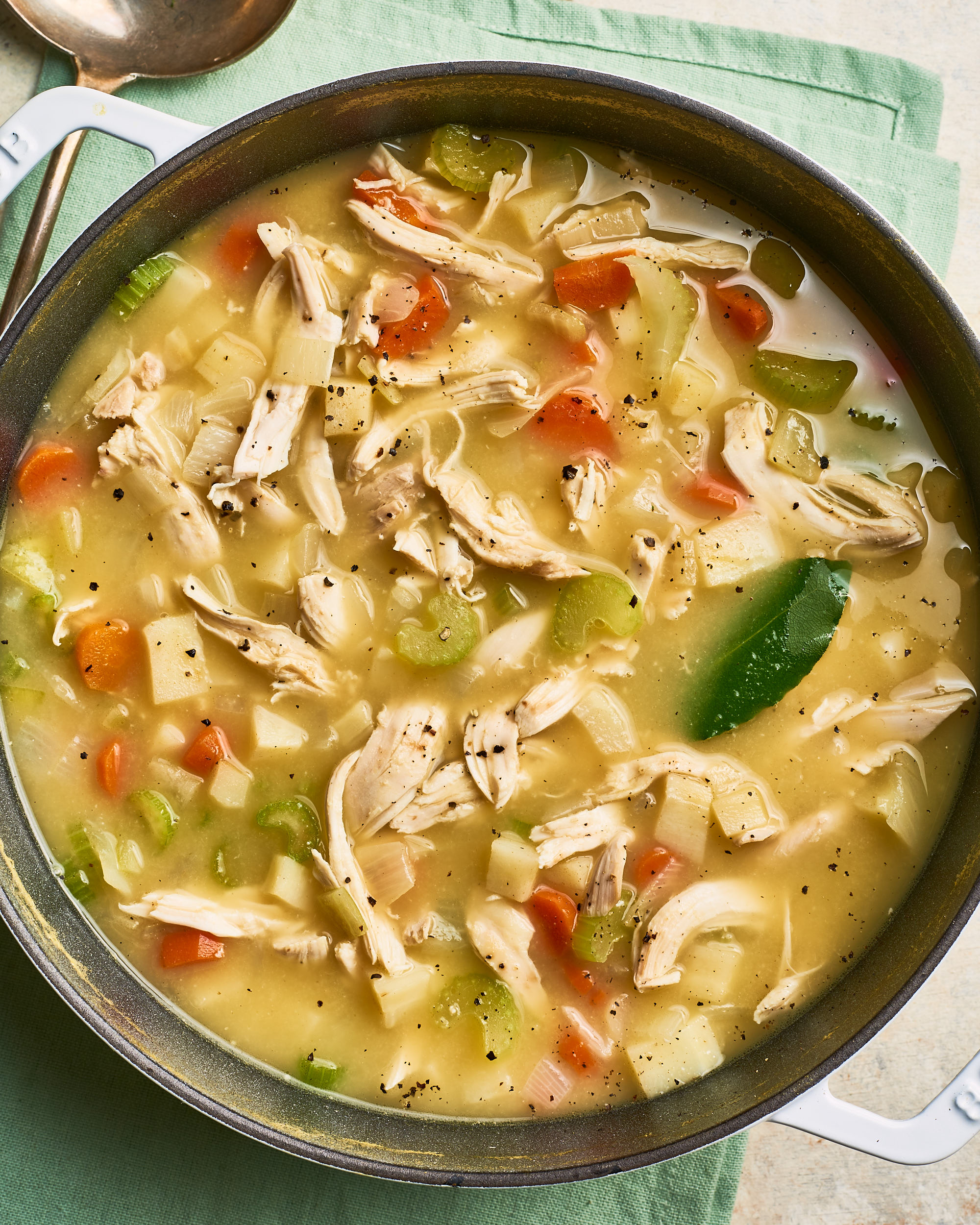 What I Thought of the Results

I definitely appreciated Ree’s extra-easy approach. She doesn’t ask you to sauté the vegetables and gives the soup a jump-start of flavor by starting with store-bought chicken broth.

My biggest complaint is before everything simmers slowly together, the vegetables were, for my taste, overcooked. They had lost their vibrant color and were muted and mushy. (If you’re someone who prefers that the veggies take a backseat in chicken soup — and I know many do — then you’ll enjoy this recipe.) I also personally don’t love the taste of store-bought chicken broth, so even though I appreciated the shortcut, it didn’t give me the depth of flavor that some of the other recipes I tested did. 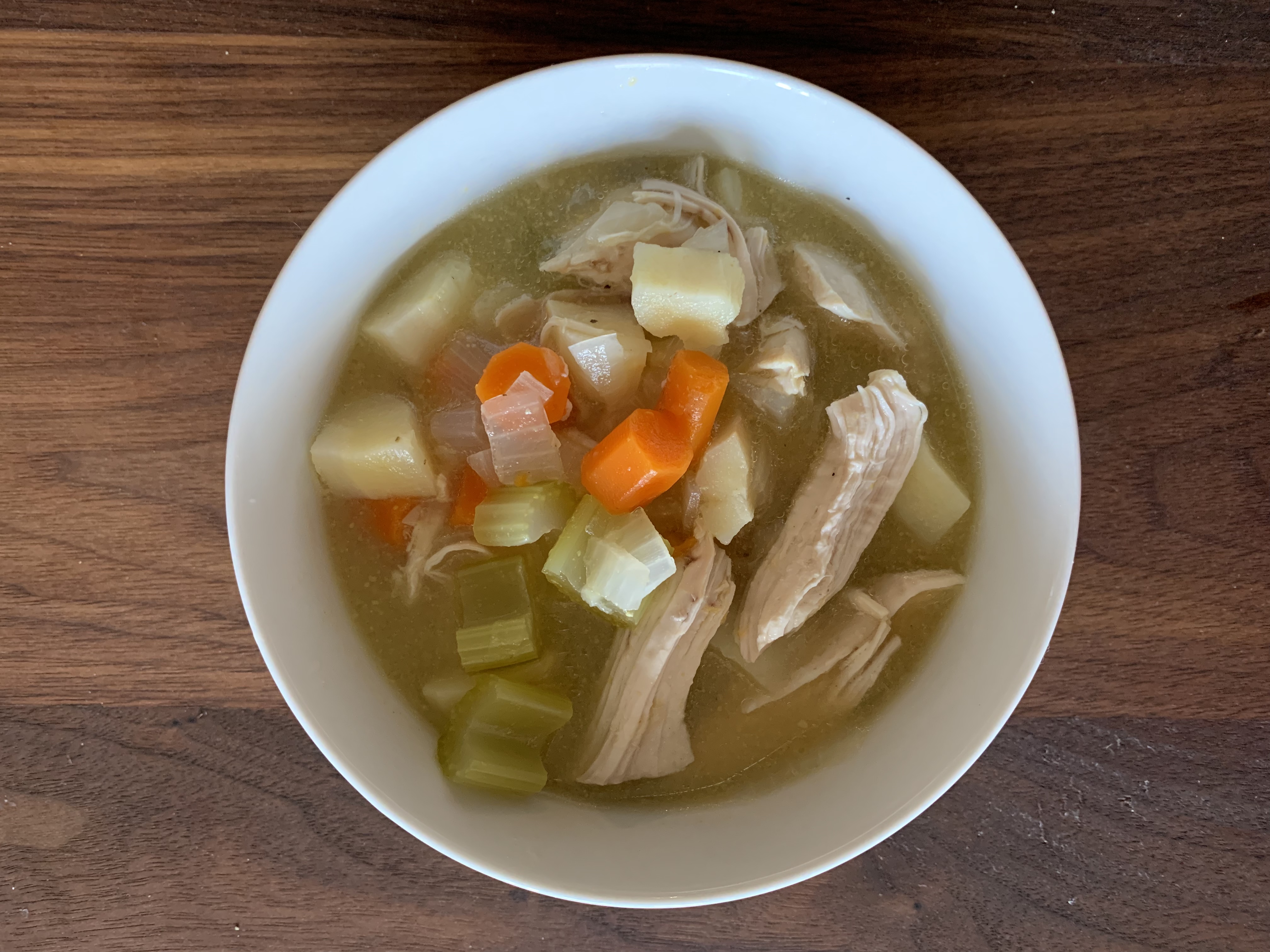 1. Cut the celery, carrots, and parsnips in large chunks. The instructions vaguely say to “chop” the vegetables, but I’d cut them into large chunks to avoid them turning to complete mush after simmering for so long.

2. Use good-quality chicken broth. Reach for a store-bought chicken broth you like the taste of since its flavor will be prominent here. Follow Ree’s advice to go with unsalted or low-sodium broth so you can control the seasoning. Also, you can definitely get away with using half broth, half water — I actually preferred this because it allowed the flavor from the simmering whole chicken to come through more.

4. Carefully remove the chicken and shred the meat. Ree forgets to mention that you’ll need to remove the whole chicken once it’s cooked, let it cool slightly, pull the meat off, and shred it. Stir the shredded chicken back into the soup and discard the carcass.

I appreciated how easy Ree’s chicken soup recipe was, but the mushy vegetables and store-bought broth didn’t give me what I crave when I think of great chicken soup.