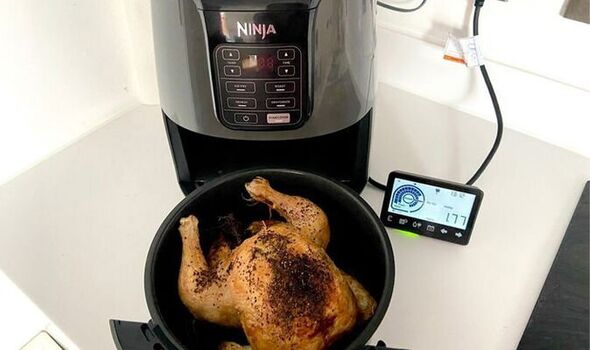 Thousands of people across the UK have ditched their ovens in a bid to save money during the cost of living crisis. Opting for cooking meals in smaller appliances, people are raving over an alternative to an air fryer which can be bought for just a fraction of the price.

In recent months, shoppers have sworn by air fryers – small cooking appliances designed to simulate deep frying without submerging the food in oil.

According to the Liverpool Echo, a 2015 study found that due to using less oil than conventional deep fat fryers, air fryers offer a lower-fat cooking method when making food such as chips. However, as shoppers started to realise how much they could save on their bills, many of the appliances are now out of stock with huge waiting lists.

Shoppers are now swearing by halogen ovens as an “amazing” alternative to the air fryer, and at a fraction of the price. One selling at Argos for £56 has hundreds of reviews, with one woman saying it’s the “best buy ever”.

She said: “Had a few halogen ovens in the past, This one beats them all. It’s digital, the lead can be removed from the lid, works brilliantly and saves lots of fuel as you are only heating up a small area instead of a large oven. You don’t need to spend hundreds on an air fryer, when you can buy this. Best buy ever.”

A halogen oven consists of a glass bowl with a lid that contains a fan and halogen bulbs. When switched on, beams of infrared radiation are released from the halogen bulbs to produce heat. The fan circulates hot air over and around the food to cook.

Despite the difference, it is worth noting that halogen ovens are still around 75% cheaper to run than the standard electric oven, meaning you are still saving some pennies.