I might be deeply ambivalent about:
* fall (less the weather cooling off and more how long it insists up staying cooled off for; doesn’t 8 months seem excessive?),
* stuffed vegetables (the good ones are great but the bad ones a very underseasoned-rice-in-green-peppers-cooked-until-soggy-and-gray, you know?),
* and eggplant parmesan (mostly the staggering amount of effort made to fry and crisp rounds of eggplant only to burrow it in crisp-cancelling sauce and cheese, why) 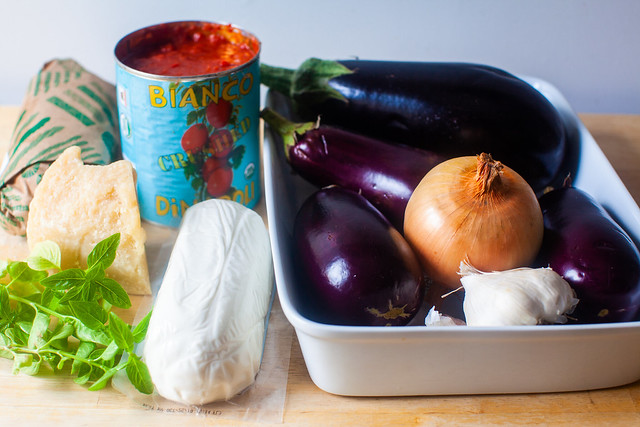 … but this dish manages to enlist parts of all three and it exceeded every expectation. I first spied a version of this on The Kitchn. I liked that you get all the flavors of a great eggplant parmesan including a crunch on top but with a lot less work. You could actually make this on a weeknight. The ingredient list is pretty short. Plus, we’re at that perfect cooking point in the year, when almost everything is not just in season but bountiful at the markets but it (occasionally) cools off enough that baking things in the oven is appealing again. It never lasts long enough and this is such a fun way to celebrate it. 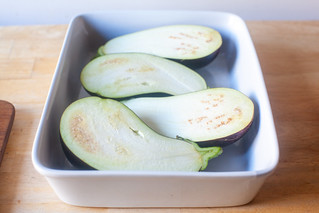 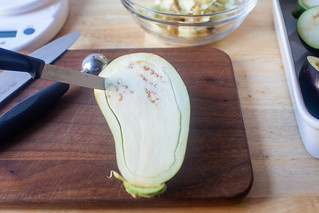 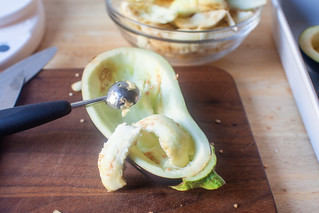 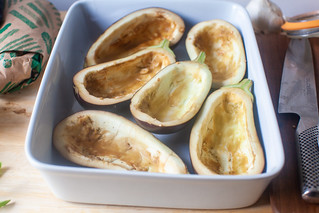 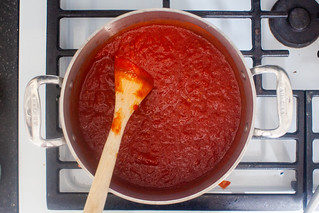 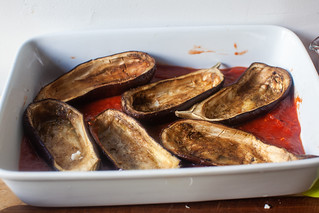 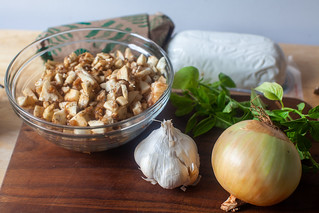 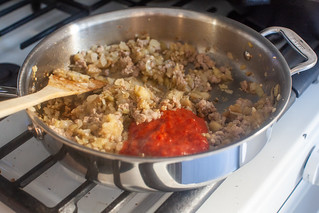 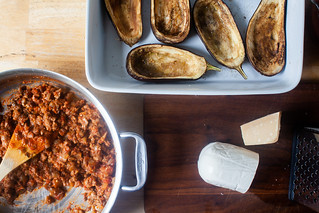 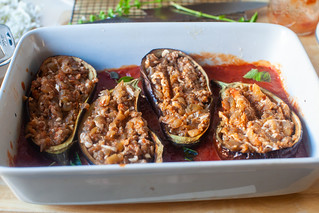 I had a (kind of rare) urge to add meat to it for more protein and balance, and did so in the filling, but you could either skip it or swap in lentils or vegan sausage crumbles if you’d like to keep it meat-free. I’m not crazy about jarred tomato sauces and added directions to make an easy one of your own; it has virtually no prep and can simmer for 5 to 10 minutes while you make the filling. I found it needed more cooking time than suggested, fewer breadcrumbs, more seasoning, and a little less cheese, and made these adjustments below. But here’s the one I didn’t write in: I really think you should double this dish. As written, it might serve two to three, four if there’s a side dish or two, but it’s not much more work to double it and the ingredient levels make more sense. I expect it to freeze really well, so you can consider it a gift to yourself later this winter if you don’t finish it the first or second night, but spoiler: you absolutely will. 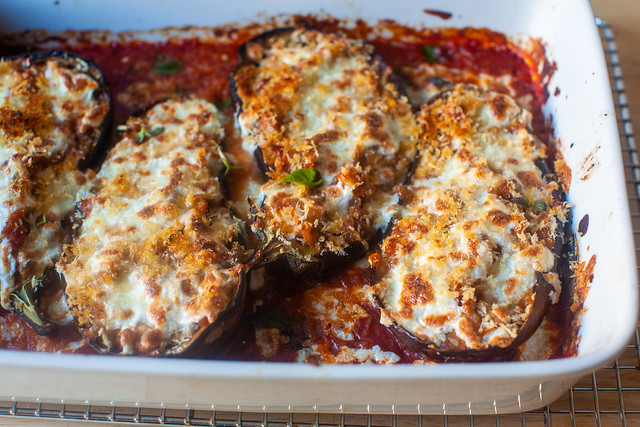 If you’d like to make your own tomato sauce, here’s how I do it: Heat 2 tablespoons olive oil in a pot over medium, add 2 minced garlic cloves, 1 teaspoon kosher salt, and a pinch or three of red pepper flakes, and a little dried oregano, if you wish. Cook for one minute. Add a 28-ounce can crushed tomatoes (it will splatter, be careful) and stir. Cook at a simmer for 5 to 10 minutes, until you get the saucy consistency you want. This yields 3 cups.

Prepare your eggplant: Heat oven to 400°F. Cut each eggplant in half lengthwise. Use a paring knife to outline a 1/2-inch border all around the eggplant half, then use a spoon or melon baller to remove the eggplant flesh, being sure not to cut through the bottom as you create boats out of the eggplant halves. Rub each half with a little olive oil and season with salt and pepper. Arrange halves cut sides up in a lasagna pan, 9×13-inch baking dish, or 3-quart casserole dish and roast until eggplant is tender and browned at edges, about 25 to 30 minutes. Leave oven on.

Make the filling: While the eggplant roasts, prepare the filling. Chop the scooped-out eggplant flesh into about 1/2-inch chunks and set aside. Heat 2 tablespoons olive oil in a large skillet over medium-high heat. Once hot, add onion and cook for 3 to 5 minutes, until translucent. Add garlic and cook 1 minute more. Add sausage meat and use your spoon to break it up and cook it just until no longer pink, about 3 to 4 minutes. Add chopped eggplant, season the mixture well with salt and black pepper, and cook, stirring as needed, until eggplant is soft and wants to stick to the pan, about 7 minutes. Add 1/2 cup of prepared marinara sauce and a bit of the basil and warm through. Taste and adjust seasoning if needed. Remove from heat and mix in half the mozzarella and parmesan.

Assemble and finish: When eggplant boats are soft, remove them briefly from their dish and pour remaining 1 cup prepared marinara sauce in the bottom and stir remaining basil into it. Arrange eggplant boats back in dish and stuff them with as much filling as you can (you’ll probably have a little extra which can be baked in a smaller dish). Sprinkle stuffed eggplants with remaining mozzarella and parmesan. Drizzle a teaspoon of oil and pinch of salt over the breadcrumbs and stir to evenly coat the crumbs, then sprinkle them over the cheese.

Bake stuffed eggplants for 10 minutes, just to marry the flavors, and then run under your broiler until brown and blistered on top, anywhere from 2 to 5 minutes, depending on how robust your oven is.

Serve: Let eggplant rest for 5 minutes before serving, spooning some extra sauce from the pan over each.

Do ahead: You can assemble this dish up to two days before baking it, and it also reheats well, keeping in the fridge for 2 to 4 days (the smaller length of time if you assembled it two days earlier). I haven’t frozen this dish but expect it to freeze well.