Poundland, the budget store, is full of “Santa banter”. Last year they came under fire for releasing a set of promotional images with some of their products accompanied by a “Naughty Elf” positioned in suggestive sexual poses.

This year Poundland has released another Christmas campaign with suggestive and at times crude images to promote their festive, or not so festive, products, leaving many of the public with mixed emotions and expressing their opinion on twitter.

Why has Poundland riled everyone up?

The particular post that has drawn public attention online is that of Poundland’s promotional campaign of Cadbury’s Dairy Milk chocolate Fingers. Why? 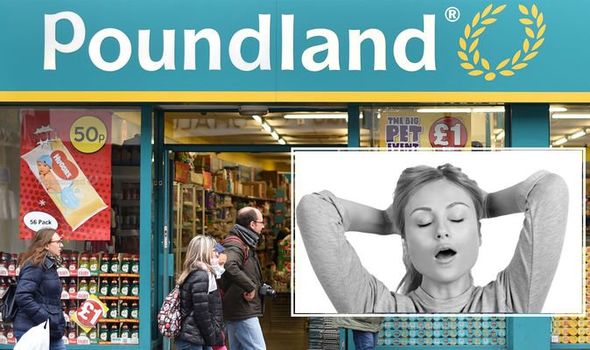 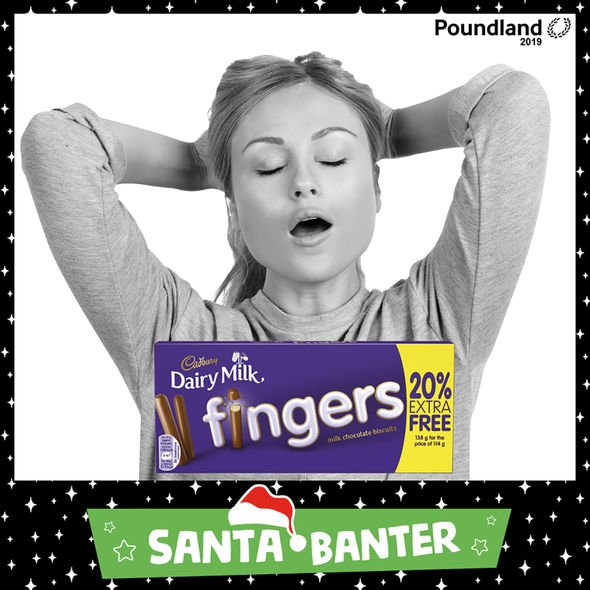 The post is captioned by the bargain giant as: “For a friend who loves a good finger! Cadbury’s Fingers – £1 #SantaBanter,” is accompanied by an image of a young woman gasping with pleasure.

The image is in the style of a polaroid, with a black and white photograph of a woman closing her eyes and holding her head in a sexually suggestive way, with a black sparkling background, and “Santa Banter” captioning the image.

Whilst another said: “Can’t see this ad staying up for long! Queue the PC brigade …” (sic)

Another commented, alongside a series of shocked emoji faces: “They’re at it again!!!!! Naughty @Poundland,” in reference to last year’s controversial Christmas campaign.

But still many social media users are loving the festive fun.

Other members of the public were joining in on Poundland’s fun and also declared this as “the funniest” thing with one commenting on Poundland’s post: “I live for the @Poundland Christmas ads” 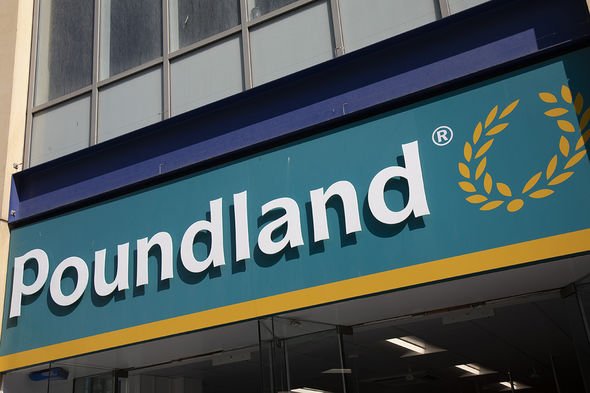 “@Poundland do the funniest Christmas adverts,” another added.

A third cheekily commented: “By the state of her she has had a few good fingers and enjoyed it.”

Whist a fourth just agreed and commented: “Love a good finger [to be fair].”

Express.co.uk reached out to Poundland for comment on the hilarious marketing campaign.

A spokesperson for the budget brand said: “At this time of year, giving our customers a laugh is Poundland’s (all-female) social media team’s only job as we fill the nation’s stockings.”

This new campaign comes after it was revealed last year that the “Naughty Elf” campaign launched by Poundland originally in 2017 has been banned by the advertising campaign watchdog for being “likely to cause serious or widespread offence.”

Each day of December last year, the retailer positioned its elf in naughty positions with graphic illustrations – and it provoked outrage on social media. 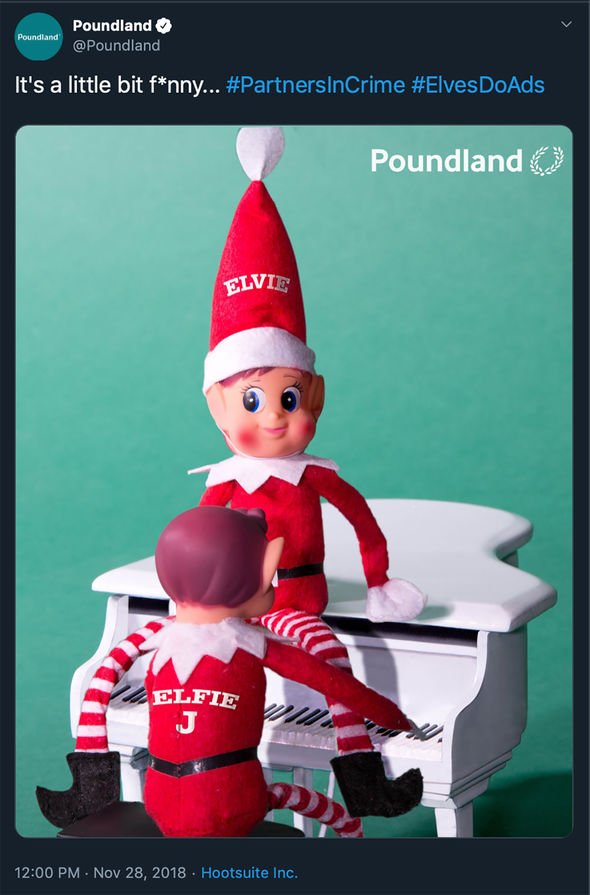 The festive character was shown playing strip poker as well as one post showing the elf standing over a female doll near a Twinings tea box and asking: “How do you like your tea? One lump or two?”

The campaign was then banned by the Advertising Standards Agency (ASA) after it received many complaints, but it also angered several companies including Twinings and Elf on the Shelf.

Last year, when the campaign returned in all its glory, Poundland decided to add an age restriction to the campaign in order to prevent any minors from taking offence.

A spokesperson for the retailer told The Sun last year that the ads were only visible to anyone above the age of 18 on Facebook while all posts were marked as “Sensitive Content” on Twitter.

For 2018, Poundland also introduced a second, female elf character – Elvie, which was described as a “new friend with all sorts of benefits”.

Twitter user Toby commented last year: “Once again this year @Poundland is giving us more for our buck please follow or keep an eye open for another Christmas YES YOU HEARD IT CHRISTMAS !! Of naughty Elf tweets hope it’s as good as last year because let’s face it we need a laugh to escape the doom mongers of Brexit.”