When you subscribe we will use the information you provide to send you these newsletters.Sometimes they’ll include recommendations for other related newsletters or services we offer.Our Privacy Notice explains more about how we use your data, and your rights.You can unsubscribe at any time.

Mary Berry, 85, started her career as a food taster and has since gone on to publish a plethora of cookery books as well as being known as a former judge on The Great British Bake Off. She will often share easy recipes that Britons can try at home – here is her easy cheesecake recipe.

Mary’s white chocolate and raspberry cheesecake recipe can be found in her Mary Berry Everyday cookery book which was published in 2017.

All of the 120 recipes in the book are ones she shared on her BBC Two show, Mary Berry Everyday.

The chef’s website describes this recipe as “smooth and creamy”.

It added: “The digestive biscuits and white chocolate give sweetness, while the raspberry coulis provides a lovely sharp contrast, in colour as well as taste. Filling the holes in the middle of the topping with the coulis means there is a lovely surprise when you cut into it – creating a two-tone effect but a bit different from a ripples cheesecake.” 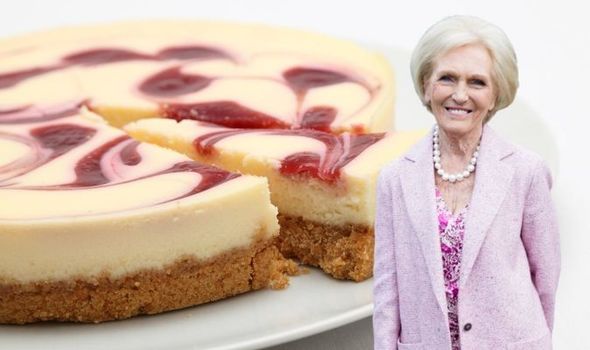 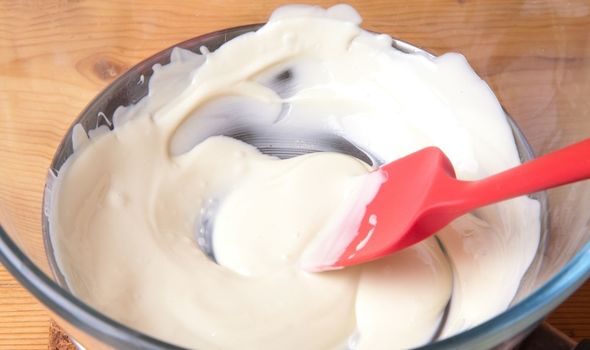 This recipe serves between six to eight people as well as only taking 30 minutes to prepare, plus chilling time.

To start, you will need a 20cm or eight inch round spring-form tin with deep sides, as well as a piping bag fitted to a plain nozzle.

Start by buttering the base of the tin and lining it with a disc of baking paper to prevent sticking.

To make the base, take the biscuits and place them into a freezer bag and start crushing them into fine crumbs with a rolling pin or the base of a saucepan.

Heat the butter in a saucepan over a low heat until just melted. 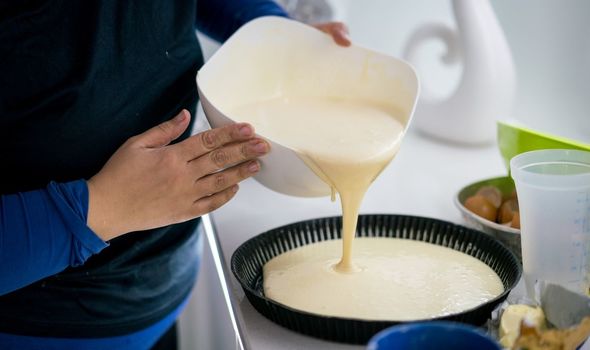 Next, spoon the mixture into the prepared tin and Mary recommends pressing with the back of a spoon until level before chilling in the fridge while you make the topping.

Break the chocolate into a separate bowl and place it on top of a pan of simmering water.

Stir it until melted but not too hot, otherwise it will burn the chocolate.

Once melted, leave to cool down for 5-10 minutes until cool but still liquid.

The chef then says to tip the mascarpone into a bowl and mix it with a spatula to loosen it until it is soft.

Stir in the cream and the vanilla extract, stirring constantly before leaving it aside to make the coulis.

To make the coulis for the top of the cheesecake, Mary places half the raspberries into a small blender or food processor and adds the icing sugar until it becomes runny.

The next step is really important when making the coulis and it is to pour the liquid through a sieve to remove the raspberry seeds.

Pour the melted chocolate into the bowl with the mascarpone mixture and stir to combine, taking care not to over-mix it.

Pour or pipe coulis into the holes, reserving some for decorating and then spoon the remaining white chocolate mixture on top before smoothing it out.

Cover with cling film and chill for at least six hours or overnight before serving.

This recipe can be made up to two days in advance as well as being frozen where it will keep for up to a month. 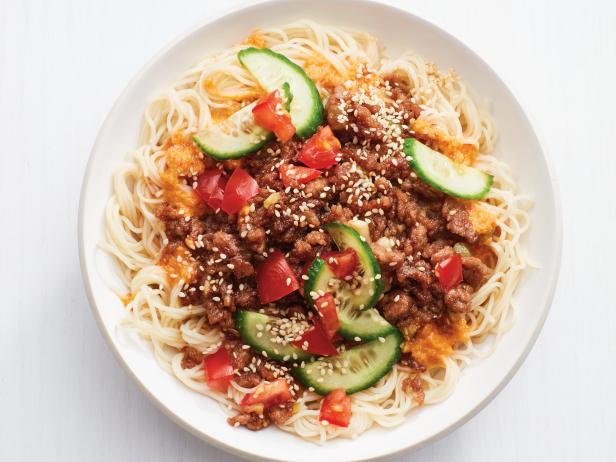