On Monday 16 March, Lidl – the German supermarket chain – announced that it will be launching “priority shopping hours” for elderly shoppers, who have been most affected by depleting essential items in stores, across all 163 Lidl stores in Ireland.

Starting March 17, “elderly” and “vulnerable” people will have specific “priority” shopping hours from 9am to 11am every day to shop in-store, until further notice.

The German supermarket chain announced their decision online in a series of tweets from their Lidl Ireland account after thousands of people flooded social media pages last week with requests to implement priority shopping hours for elderly customers.

Tweeting Lidl Ireland stated: “We’ve been listening to your feedback and we will be implementing priority shopping hours for the elderly across all 163 Lidl stores in Ireland, 9-11am every day, until further notice.

“We ask that the public respect this time period to allow more vulnerable customers to pick up the food and supplies they need. 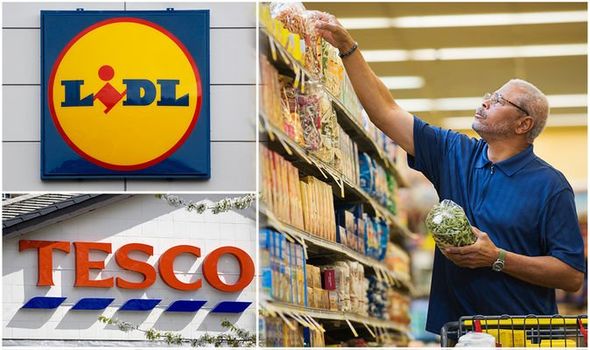 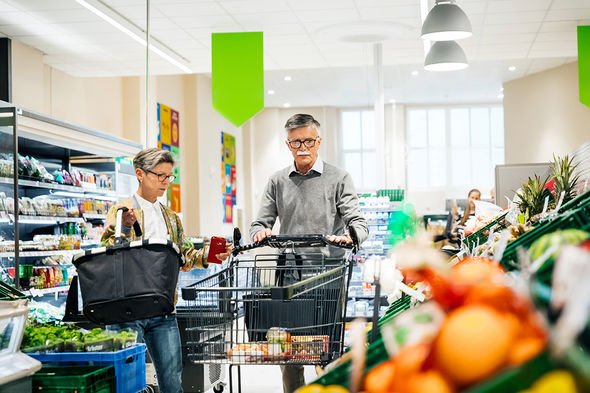 “Starting March 17, the mornings will run from 9-11am every day and will include prioritised queuing and additional assistance for our older customers.

“We may not be able to actively monitor this at all times as our store teams are required on checkouts and restocking shelves, so we kindly ask that customers respect this measure and plan their shopping trips around this timeframe.”

Tesco, meanwhile, announced that every Monday, Wednesday and Friday from 18 March, people over 65 and home carers will have dedicated access to its 151 stores in Ireland from between 7am and 8am (depending on location) until 9am.

“We recognise that people over 65 and family carers who are looking after vulnerable family members at home, have specific needs during this time,” Kari Daniels, Chief Execuive Tesco Ireland said today.

“In liaison with the HSE and following discussions with Age Action Ireland and Family Carers Ireland, together we agreed that this is the right thing to do, at this time.”

Iceland has also followed the supermarkets’ lead and has launched priority shopping hours between 8am and 9am dedicated to those “over 65” at Iceland stores across Ireland.

Posting to Twitter, the supermarket announced: “Between the hours of 8am-9am will be dedicated to our over 65’s customers at Iceland stores across Ireland.

“We would ask our other customers where possible to respect this hour and help us give this time to this customer group to ensure that they can shop in comfort and safety.

“Once again we would like to thank our amazing in-store teams for their hard work and dedication. We will continue to be here to support our local communities throughout this challenging time.” 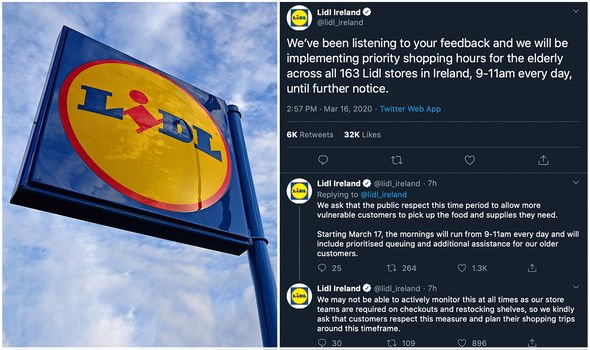 Now that people across the nation are stockpiling items against the coronavirus and leaving empty supermarket shelves, many Britons are wondering will Lidl, Tesco, and Iceland GB follow in Ireland’s lead and also implement priority shopping hours in Britain?

Express.co.uk has contacted representatives Lidl GB, Tesco GB and Ireland GB for any update on whether they have any plans to implement similar measures in Britain, however, at this moment they have not provided comment.

Lidl Ireland was flooded with support on social media for the decision with several users tweeting “well done” to the supermarket.

@lidl_ireland It is so important that we stick together to help everyone in the community during this challenging time!” 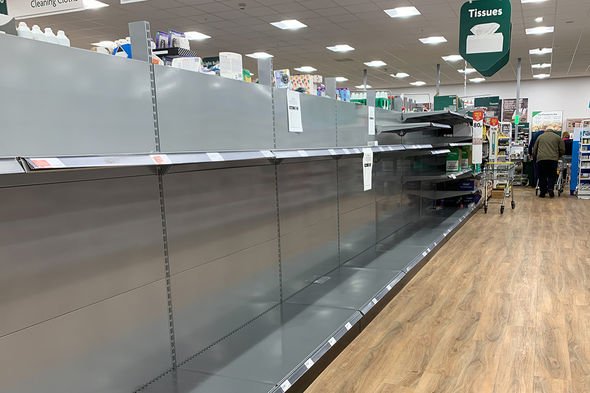 While another added: “Fantastic. Well done. We need to make sure the elderly and vulnerable are looked after.”

And although at the moment there is no update on whether the initiative will be implemented in Britain, when one user wrote: “This is great can you get your UK stores to follow suit @LidlGB.”

Lidl replied with: “Hi, thanks for your suggestion, we have passed this onto the relevant Team.”

Sparking hope in many that Britain’s elderly and vulnerable will also be given the same good news soon.