James Martin usually begins every episode of his Saturday morning show by following a tried and tested recipe that audiences can attempt at home. This morning, he cooked calf’s liver with an onion sauce and mashed potatoes.

But the key side dish to the meal was a portion of onion rings.

James demonstrated the best way to make them.

He put some flour into a bowl and whisked it with a hand-held whisker.

The chef noted that the flour was gluten-free and gluten-free beer is also available if preferred. 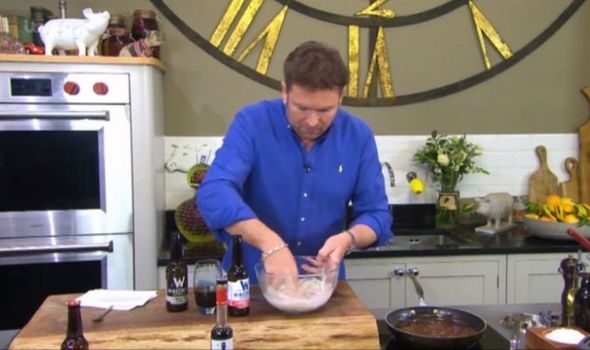 James poured a little beer into the flour and whisked it again, finishing off the onion ring batter.

This beer was unique in the fact that it was brewed by beer company Pilot, whose brewery is located in Scotland.

It is called Pilot due to the previous jobs of the company’s founders: they used to fly fighter aeroplanes for the RAF.

James spoke to one of the ex-pilots while cooking his meal.

Turning back to the task of making onion rings, James called his batter a “wonderful little batter”.

The chef sliced an onion in fine circles and then dropped the slices into the flour.

“No need to put them in flour first, they’re just going to go straight in there anyway,” he said, as the batter is sufficient coating.

James then used his hands to mix the onions in the flour. 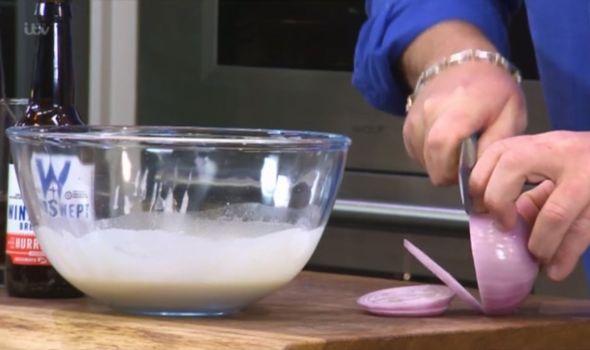 The TV chef gave viewers a crucial tip: “Coat the onions in the batter but not too thick.”

According to James, onion rings are better with a thin batter.

After making sure the onions are sufficiently covered in batter, James drops them into a fryer filled with oil. 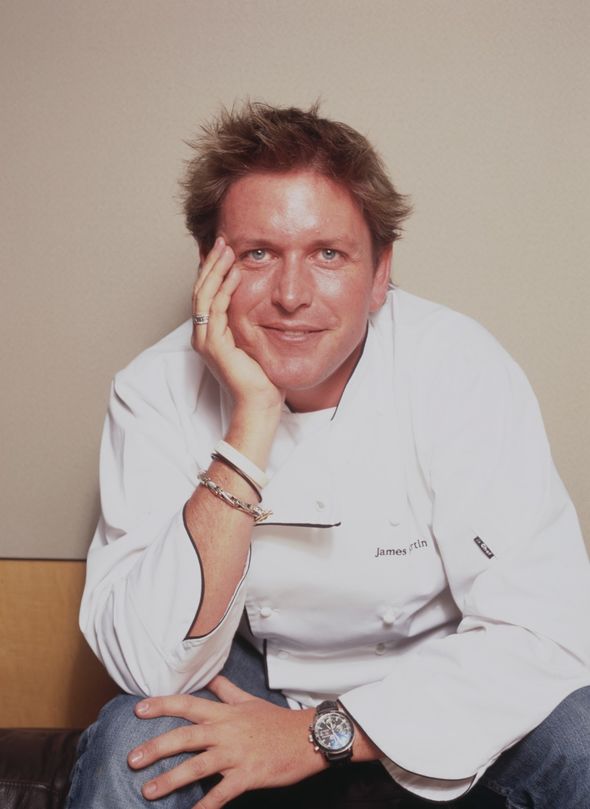 James later served the onion rings alongside the finished meal.

The rings were perfect golden colour and seemed crispy.

They make a perfect side dish to any meal, but especially meat.