James Martin, 48, has shared a plethora of recipes in his time on the television screens as well as releasing a number of cookbooks. On his show, James Martin’s Saturday Morning, the chef had several guests who shared their tasty recipes.

The first guest on the show was Atual Kochhar who shared his fish curry recipe.

Atual is an Indian-born, British based chef, restaurateur and television personality.

He was one of the first two Indian chefs to receive a Michelin star, awarded in 2001.

The chef also makes regular appearances on James Martin’s show and according to James, they’re the most popular amongst viewers. 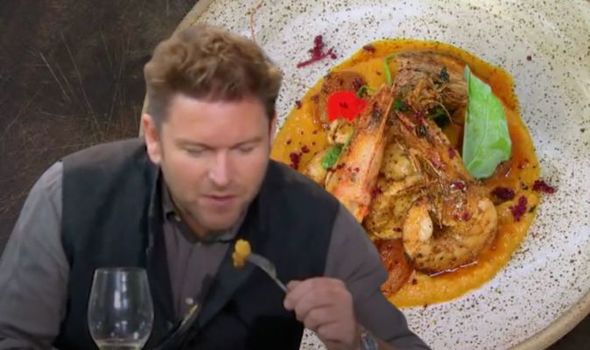 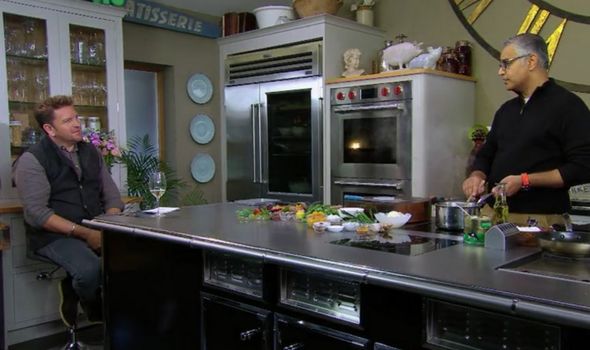 Tasting the dish, James took a mouthful and said: “Like you say the key to this is the sauce.”

The chef then joked and said: “It’s absolutely rubbish…I’m not a good actor.

“That is the best Indian dish I’ve ever tried, that is amazing.

“How did you do that? So annoying.”

– Half tablespoon ginger and garlic paste 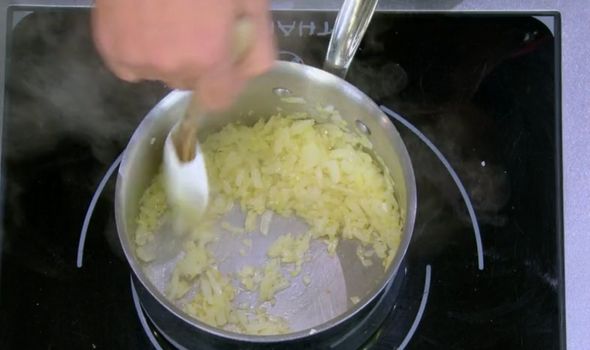 Firstly, marinate the prawns and the monkfish together.

Rub the marinade all over the fish and leave to marinate for around 30 minutes in the fridge.

Then, place some ghee in a saucepan and wait for it to melt.

Fry some onions in the saucepan until softened.

Once they are golden brown, add some chopped chillies.

Then add a bay leaf to help infuse the dish.

Atual then adds the spices at this stage.

Once mixed, add in some chopped tomatoes or passata and then add some yoghurt.

Next, add some apricot paste to help add some sweetness to the dish.

Start with pan frying the monkfish by getting a little bit of colour onto it and then put it into the oven for six minutes.

Dropping the heat, add the prawns into the pan to caramelise them.

Add a squeeze of lemon and a green chilli into the mix and add the monkfish back into the pan.

Blend the sauce to make it smooth and add some water if you wish to make it thinner.

Add the sauce into a bowl and then top it with the seafood.

Speaking on the same show, James also revealed how he hated crab sticks.

For those who also don’t like crab, tuna is a great healthy alternative that can produce the same flavour. 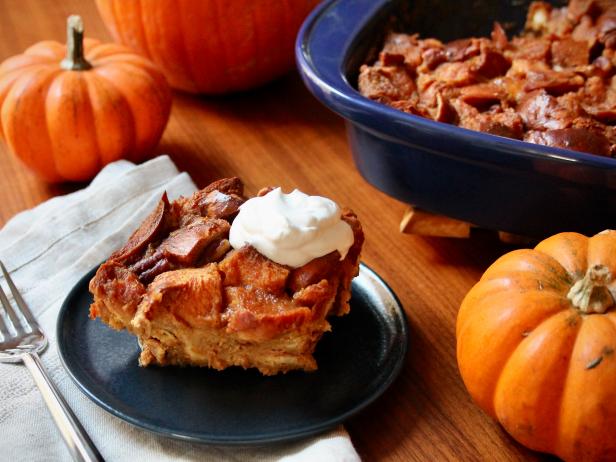