The vegan steak bake is the sequel in Greggs Veganuary releases after last year’s vegan sausage roll, which also proved to be popular around the country. So popular was the sausage roll that Greggs’s company sales went up by 13.4 percent in 12 months.

The vegan steak bake is made to mirror some of the original bake’s classic features.

The vegan version, which costs £1.55, is made with the meat substitute Quorn.

It has 96 layers of light and crispy puff pastry and is stuffed with diced onions and gravy filling.

Greggs has released the meat-free pastry to coincide with Veganuary this month in which people are encouraged to go vegan for January.

READ MORE: Greggs finally offer home delivery – how to get a hot pasty right to your door 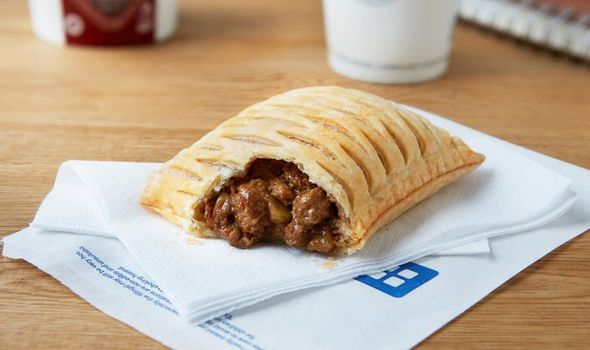 The new product has been hotly anticipated since last year’s sausage roll and speculation became even rifer when a photo of a steak bake price sign was leaked last Friday.

A launch party was held at a branch in Newcastle-upon-Tyne, where Greggs opened its first store in 1951.

Around 1,000 people were given a first taste of the vegan taste bake and the first 200 fans who arrived were rewarded with a limited edition packaging. 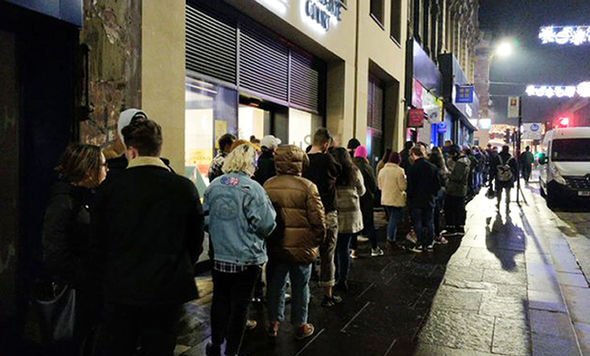 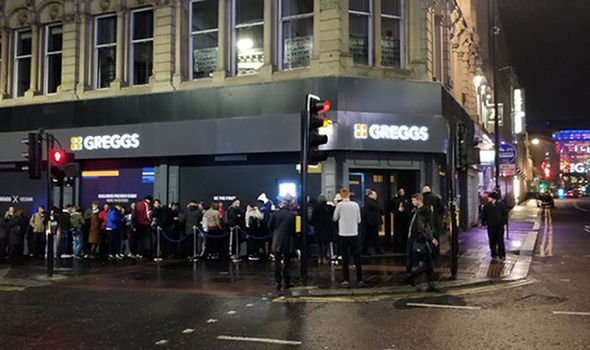 “The launch of our vegan steak bake is another key milestone on our journey to become our customers’ favourite for food-on-the-go.

The meat-free bake is on sale now at 1,300 shops across the UK and will be available at all branches from January 16. 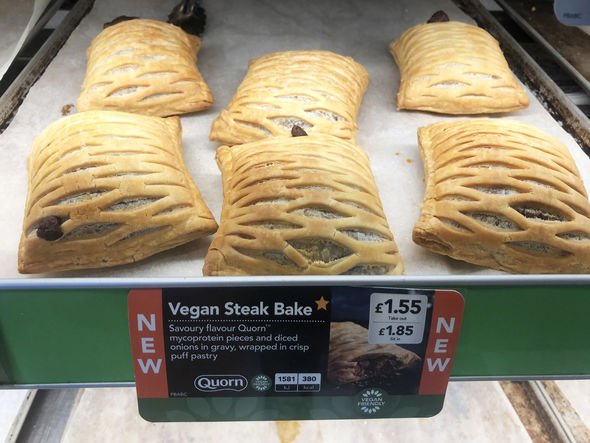 Which vegan treats can you get from Greggs for Veganuary?

A Greggs spokesman said: “Greggs has finally put an end to months of speculation by confirming the drop of its vegan steak bake which hits shops today.

“The leading food-on-the-go retailer has been tantalising Greggs fans in the build-up to the vegan-friendly launch, including a short video on its social media channels in December which read: ‘Believe the hype…Greggs x vegan…dropping January 2020’.

“The new vegan steak bake means that the UK’s vegans, flexitarians and Meat-Free Monday advocates can enjoy an alternative to one of Greggs’ iconic menu items.

“The vegan steak bake has been created to mirror some of the original steak bake’s classic features, including 96 layers of light and crisp puff pastry, but instead is made with Quorn pieces, diced onions and a gravy filling.”

He added: “Greggs’ vegan Sausage Roll launched in January 2019 to critical acclaim – becoming one of its fastest selling products of the last six years.

“The Greggs product development team has been working for months on the vegan steak bake recipe, recruiting a whole panel of vegan and non-vegan taste testers to ensure its flavours hit the spot.”

Other restaurants have jumped on the Veganuary bandwagon since Greggs first launched its sausage roll, with KFC releasing a no-chicken burger, Subway introducing a no-meatball marinara sub and McDonald’s offering a new vegan meal. 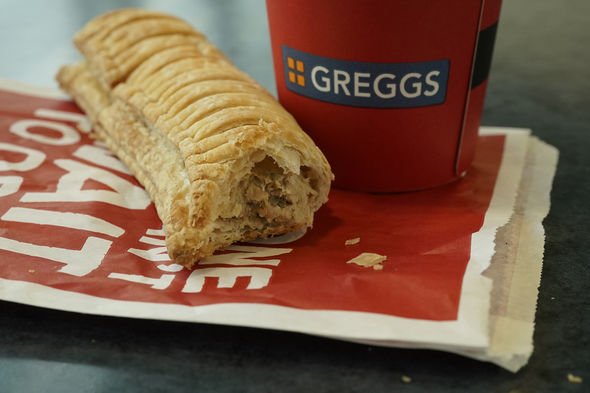 The vegan sausage roll and vegan steak bakes are just two of the meat-free-friendly option on the Greggs menu.

Other available vegan food items include: