Fashionable foodie Gok Wan took the cookery slot on Wednesday’s This Morning show to reveal how he makes a low calorie chicken noodle soup at home. Putting presenters Phillip and Holly to the test, the star gave them a step by step lesson as they tried to cook along with him from the studio.

The perfect feel-good food for lockdown, the delicious soup recipe makes a hearty meal that allows you to be flexible with its ingredients.

Chicken noodle soup is a great comfort food and one that’s easy to knock up – though Phillip Schofield and Holly Willoughby had their work cut out for them as they tried to copy Gok’s homemade recipe.

The stars joined in from the studio as fashion expert Gok talked them through how to make the dish.

Adding the ingredients to the pain, Gok admitted that the meal is a bit like an Asian sandwich – you can add any filling you like.

READ MORE: How to boost your immune system: Nutritionist reveals best foods and supplements to take 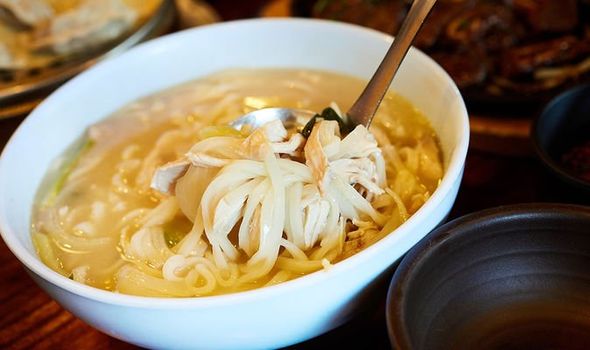 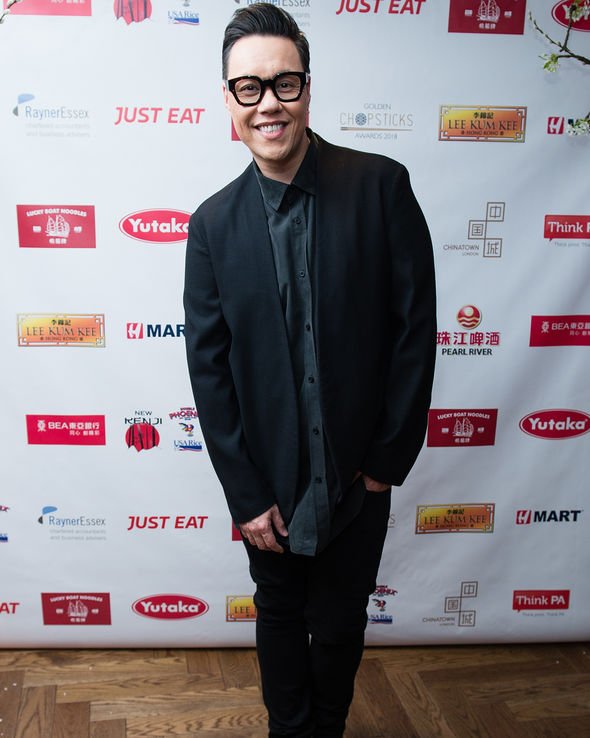 The cook had slightly different vegetables to the presenting duo, but said pretty much anything goes.

He suggested adding ginger, garlic or even lemon to give it some extra flavour.

During the cookalong, 39-year-old Holly revealed she loves to snack on noodles straight out of the packet without cooking them, with Gok agreeing that he sometimes does the same.

Wan added that he likes his noodles a little bit stiffer and cooks them just al dente, meaning he cooks them only slightly, while others including his family members prefer them a bit softer and sloppy.

But Phillip commented: “No one likes a sloppy noodle!”

Gok recommends viewers don’t buy it in a jar unless they plan to use it often as it will soon go off, but instead said the miso soup sachets are best as a base for soup, adding that there’s only 21 calories in a pack. 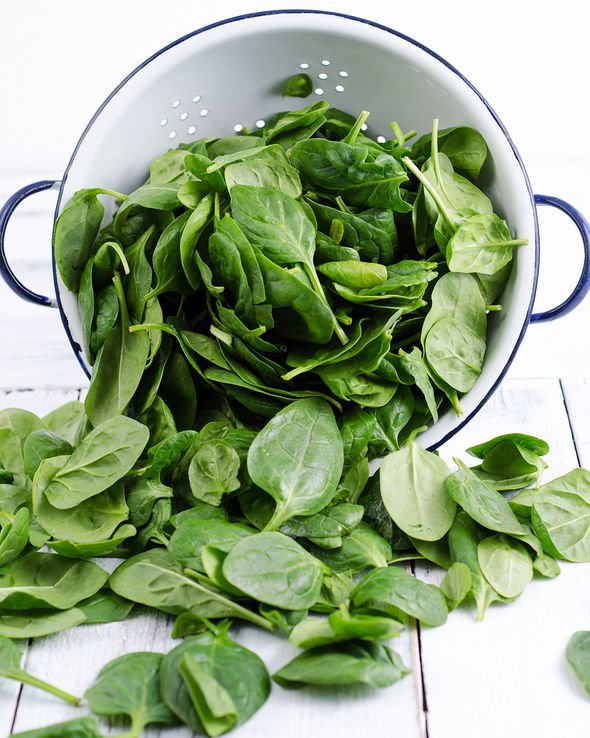 The recipe creates a single serving. Here’s how to make the ‘Gok noodle’ at home:

1 packet instant noodles (*you do not need the flavouring sachet) 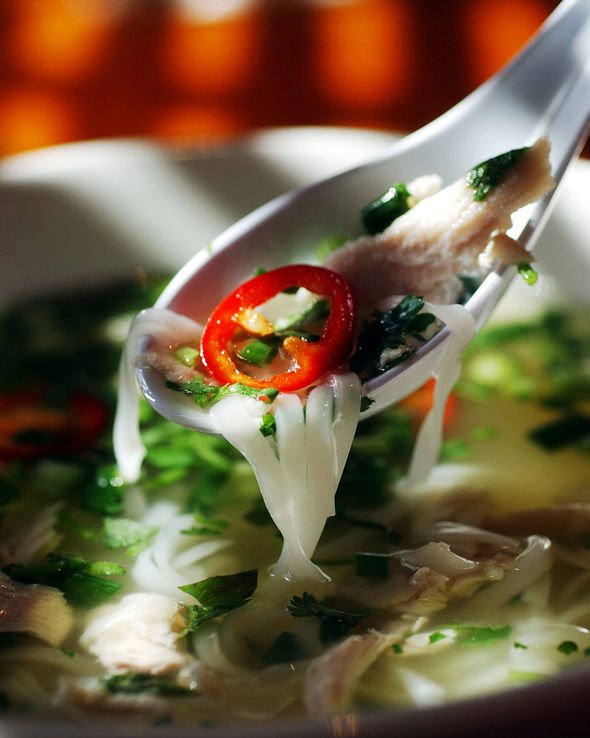 To poach the chicken breast, place into a pan and cover with boiling water. Add the dark soy and simmer for approximately seven or eight minutes or until cooked through. Drain and shred the meat.

Bring 500ml water to the boil in a pan or wok, then add the miso or stock.

Put the noodles into the broth and cook for one minute.

Add the spinach, red pepper and bean sprouts. Boil for two to three minutes, or until the noodles are soft.

Season to taste, add sesame oil and ladle into a large serving bowl.

Sprinkle over the shredded chicken and the vegetable garnish.