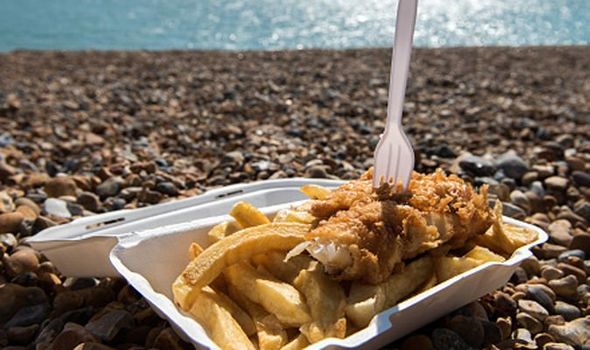 Research among 2,000 consumers saw the classic British dish leapfrog Chinese and Indian, which have topped a string of recent polls. One in four named it their top takeaway, with a fifth visiting the chippy once a week, while another third enjoy a fish supper every month. The resurgence of the dish is being fuelled by the popularity of ‘Fish Friday’, with more than a third of those polled likely to indulge on the final working day of the week. As for the ultimate fish supper, battered fish with chips, salt, vinegar and ketchup was voted as the quintessential chip shop combination in the poll by P&G Professional.

But it also emerged two in five would be put off visiting a chippy if it had dirty or sticky tables, while three in 10 would steer clear if the staff weren’t wearing hair nets.

Although more than four in 10 would still frequent a chip shop if it had a hygiene rating below four-stars.

Greg Elmore, from P&G Professional, said: “It’s clear that in order for this national industry to continue to thrive, Fish and Chip shop owners must maintain the highest standards of hygiene and cleanliness.

“While Fish and Chips is perceived as the most quintessentially British dish, one in five would post a bad hygiene rating online.

“Given its impact on the bottom line, cleaning should be a key business strategy for chip shop owners.

“P&G Professional is committed to educating restaurants on achieving a spotless clean, and help restaurants cease the grease.”

The study also found three in five adults have a favourite chip shop to visit, citing the quality of its food as the biggest reason for going there.

Almost half go to their preferred chippy because of the customer service while two in five like the good value.

As for what we want to find in our newspaper, battered fish was six times more popular than battered sausages.

And just eight percent chose a fishcake as their chip accompaniment of choice. 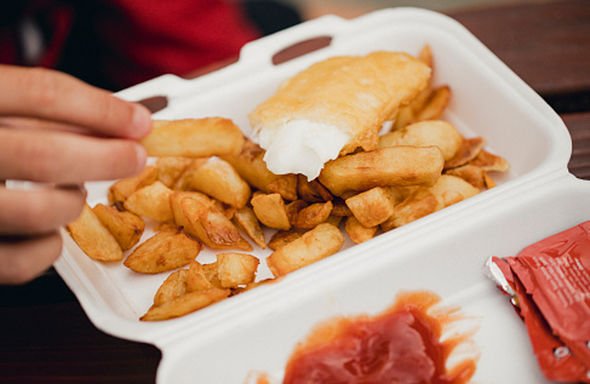 To bring out the flavour of their fish and chips, three in five Brits douse their meal in salt, and the same amount also sprinkle on vinegar.

Only one in 10 opt for brown sauce, with ketchup being a must-add condiment for a third.

But curry sauce was voted more popular than gravy, mayonnaise or chilli sauce as a chip accompaniment, according to the OnePoll research.

It also emerged almost a tenth of the population would be willing to travel as far as 10 miles for a really good bag of fish and chips.

The kitchen was judged to be the part of a chip shop Brits would most likely scrutinise for cleanliness, followed by staff members.

Kelly Barnes, co-founder of Krispies in Exmouth, which won Fish and Chip Shop of the Year 2019, said: “The process which creates our crispy and golden, battered national treasures also develops grease, and other elements our customers wouldn’t want to experience.

“Keeping Krispies grease-free is important to maintain a high standard of hygiene and uphold our reputation for delicious food in a clean environment.

“We have switched to cleaning products from P&G Professional, which are safe to use, trusted brands we use at home, yet formulated for our professional environment.

“Tools like these help our team at Krispies complete cleaning tasks impeccably, first time, every time.”