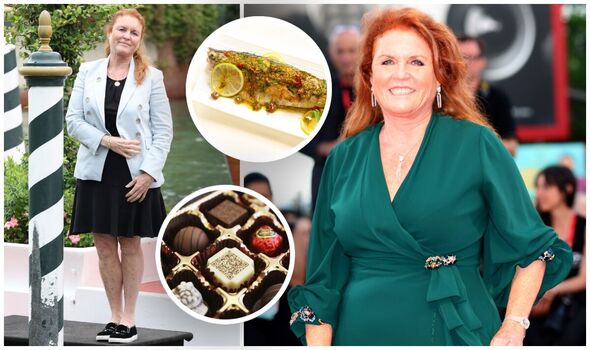 It is always fun to find out what the royals eat, and Princess Eugenie once shared a rare insight into her mother Sarah Ferguson’s favourite foods.magazine.

Sarah is in the minority amongst royal ladies since chocolate is definitely a firm favourite.

Meanwhile, in the Wales household, Kate Middleton has to reportedly keep her eye on Prince William, who has been known to steal their three children’s Easter chocolates.

Sarah previously revealed what sweet treats she does like when baking lemon drizzle cake with her youngest daughter Eugenie.

The 32-year-old royal, who welcomed a son named August in 2021, spent the initial part of lockdown isolating with her husband Jack Brooksbank at her parents’ home, Royal Lodge in Windsor.

Therefore, she used her free time to perfect her baking skills, according to her mother Fergie.

She said: “I haven’t seen [Eugenie] so much and so now it’s been a total joy to spend real quality time with her.

“For the first time in 30 years, I even baked a lemon drizzle cake with her, so the first thing is that it’s fantastic.”

The Duchess has been open about her poor skills when it comes to cooking and baking in the past.

In 1999, she appeared on the Oprah Winfrey Show in America to promote her then-upcoming weight loss advice book “Dieting with the Duchess”.

As part of the feature, the duo set about demonstrating a recipe for chocolate chip scones.

The only problem was that it appears neither one of them had ever actually made a scone before.

“Could you please put, um, uh,” Fergie verbally stumbled in the clip, snatching up a recipe card while squinting and laughing at the instructions.

One of the least buttoned-up members of the extended Royal Family, Princess Beatrice and Eugenie’s mother charmingly embraced a more relaxed attitude for the video. She played up her lack of familiarity with the recipe for a joke with the host.

“Do you cook?” Fergie asked the talk show icon as they debated how much of the pre-measured flour they should pour into the mixing bowl. Oprah shrugged and replied: “Uhhh, sure.”

The description for the Duchess’ 1999 book says: “She has established herself as a hardworking single mother who is successfully conquering her weight issues. Now Sarah, The Duchess of York shares her personal secrets and tips for her healthful new lifestyle and tells every woman how she, too, can be a winner in the battle of the bulge.

“Dieting with The Duchess blends the sound weight-loss guidance of the trusted authority in weight loss, Weight Watchers, with the real-life wisdom of The Duchess of York.

“Packed with The Duchess’s own advice on everything from smart eating to exercising to learning from your past mistakes.”