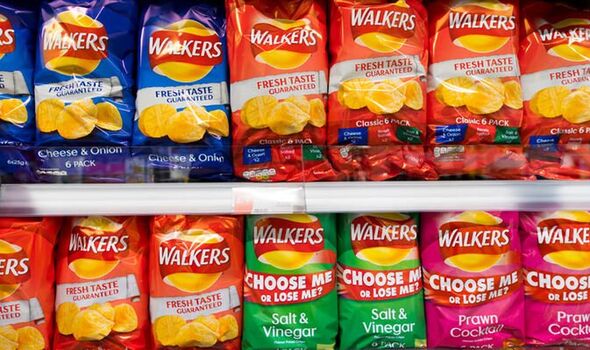 The legendary crisps were established in Leicester in 1948 by butcher Henry Walker. However, it took 42 years for them to become the UK’s leading supplier.

For the first six years of the brand’s existence, they only made crisps flavoured with salt, which sold for three pence a packet.

But in 1954, everything changed. Thanks to manufacturing and scientific advancements, Cheese and Onion was born.

Fast forward to 2022 and Walkers has produced close to 200 different flavours, many of which have come and gone over the years. 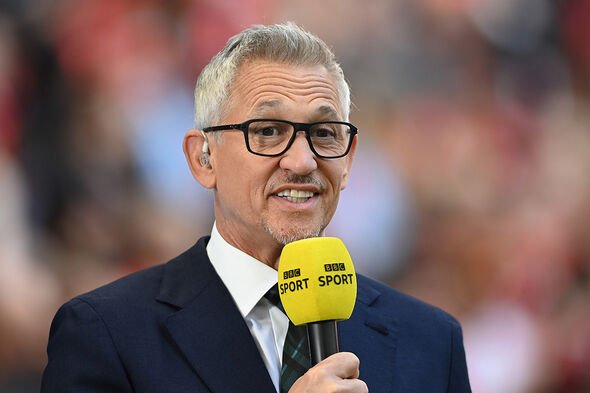 Since 1995, Leicester-born former England international footballer Gary Lineker has been the face of the brand.

Mr Lineker previously revealed that his favourite Walkers crisps flavour is Salt and Vinegar – a decent shout, but we believe the best flavour is actually Prawn Cocktail…

So who better to rank the best flavours of Walkers crisps but our local experts at sister title Leicestershire Live, who have ranked their supposed top nine best flavours? 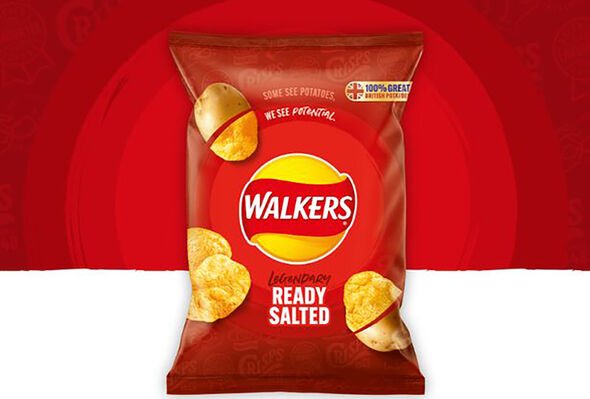 “Very much the white noise of crisp flavours. Vanilla, beige and bland, its inoffensive taste has seen it survive hundreds of Walkers flavour culls.

“Showing its age at 74-years-old, its saving grace is that it stays perfectly scoffable and easily pairable with any lunch.

“However, it remains to be seen if anyone’s favourite flavour actually is salt.” 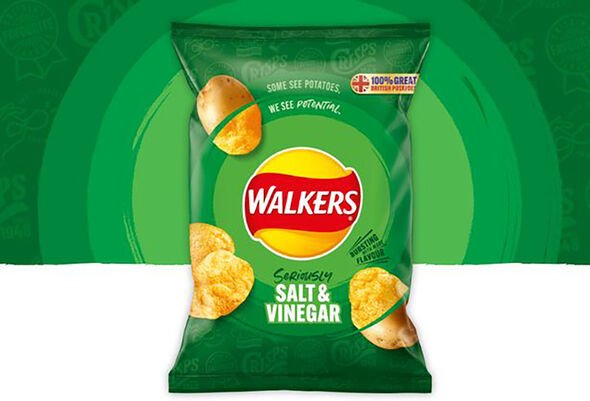 “Combining salt and vinegar in bag a of crisps was a masterstroke by developers at Walkers.

“Tangy, acidic and oddly addictive, the Leicester giants unveiled their new arrival like a proud parent in 1967.

“However, despite its popularity and mainstay as one of Walkers’ most eaten flavours, it is polarising.

“You either love its tang, or detest its mouth destressing sharpness.

“Unfortunately for some, as this list is subjective, the flavour is cast down to eighth spot.” 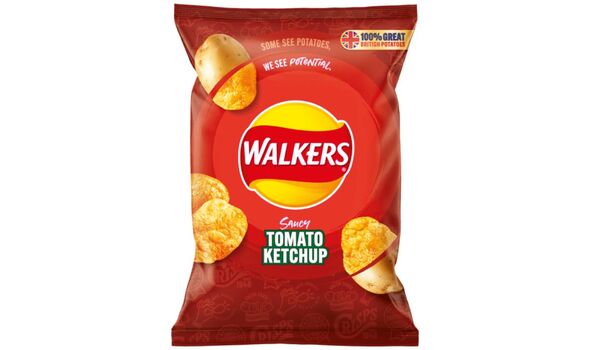 “Oddly sweet and tangy, the flavour is more popular with customers in the United States, Germany, Italy, Japan, and Denmark.

“Walkers previously released a tomato ketchup flavour in collaboration with Heinz back in 2001, but soon opted to revert to their old recipe.

“The Heinz recipe was a huge hit during Walkers’ secret tasting trials, but judging by the taste of the current ketchup crisp offering, the ‘collab’ didn’t last long enough.

“Tomato ketchup is ranked more favourably thanks to tasting pleasant, as ready salted offers the palette relatively little, while salt and vinegar remains offensive to the tongue.” 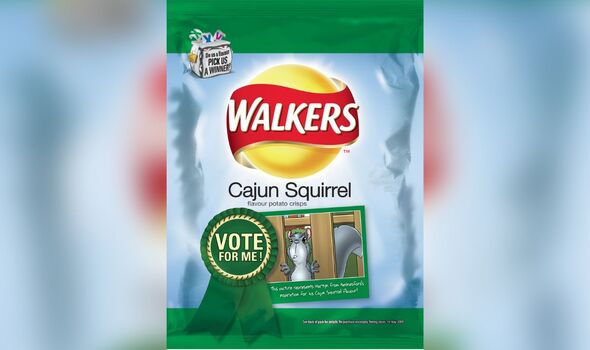 “Cajun squirrel was launched as part of the Do Us A Flavour campaign in 2008 and was thought up by a 26-year-old marketing executive Martyn Wright, from Hednesford, near Tamworth.

“Despite the name and idea based on real Cajun cooking, the flavour was vegetarian and got rave reviews.

“Food Stuff Finds wrote about the flavour in 2009, saying: ‘They had the lovely aroma of paprika and Mexican spices when I opened the packet, and the crisps themselves remind me of chicken fajitas, with a gentle lemon aftertaste.’

“On his creation which took inspiration from the America’s deep south, at the time Martyn said: ‘I wanted something unique. The gentle Cajun flavouring will be delicious, and although the idea might sound bizarre, it really works.  I’ve seen squirrel on restaurant menus and on cookery shows but had never tried it myself.'” 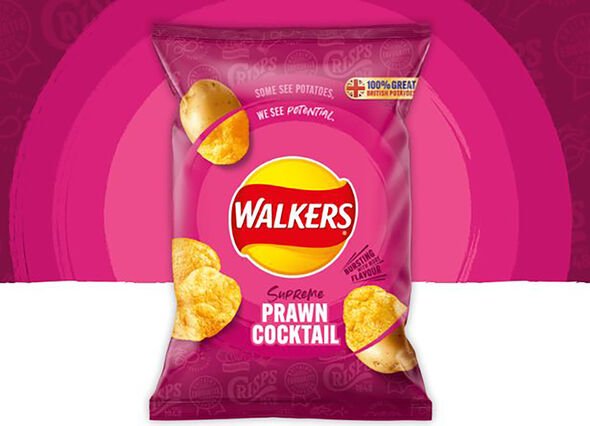 “Despite neither tasting like prawn or a cocktail, nor a prawn cocktail, the flavour remains a firm favourite of savoury-snack aficionados.

“A dish often credited to TV chef Fanny Cradock in the 1960s, Walkers launched their crisp version in the 70s.

“And, although many people believe the flavour should have stayed firmly in that decade, sales figures disagree.

“Sometimes dubbed the ‘misfit crisp’ of the multipack holy trinity, it boldly stakes its place amongst the powerhouses.

“The perfect blend of sweet and salty, they taste like a mixture of tomato ketchup, cayenne pepper and Worcestershire sauce.”

“Talk to anyone about crisps in the 1980s and the toasted cheese flavour of Walkers crisps will not be far from their lips.

“Launched in an era of perms, leg warmers and shoulder pads, toasted cheese was equally as bold.

“The flavour is remembered with great fondness by many a snack aficionado.

“On one internet message board, a fan wrote: ‘The best-tasting cheese flavoured crisps from the late ’80s, early ’90s. I keep emailing Walkers to see if they will ever reappear but get nothing back from them. Cheese Pringles come close but are not as nice.’

“Viewed through toasted cheese tinted glasses or as a genuine crisp great, the vintage flavour deserves its place amongst the heavy hitters.” 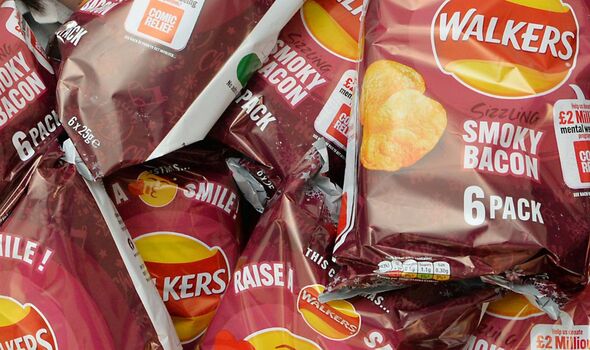 “Walkers provide a real taste of meaty goodness with their all vegetarian smoky bacon flavour.

“Having previously been vegetarian, Walkers announced they would now include real pork products in packets from 2013, but performed a U-turn three years later.

“Providing a guilt-free taste of meat for vegetarians around the world, smoky bacon is one of Walkers’ biggest sellers.

“Key to its success is its wholesome flavour, dodging its way out of the Frazzle zone, a synthetic reimagining of bacon, which leaves diners unsatisfied – feeling as though they have neither had bacon, nor a crisp.”

“If any crisp flavour has truly encapsulated the actual taste of its namesake, it is American cheeseburger.

“For an all too brief few months in 2010, crisp fans were treated to a hit flavour launched as part of Walkers’ FIFA World Cup campaign.

“It was Released alongside French garlic baguette, Italian spaghetti bolognaise and eventual winner of the competition, English roast beef and Yorkshire pudding.

“According to reviews, American cheeseburger tasted exactly like its namesake, with one reviewer saying the crisps ‘did indeed taste like a cheeseburger loaded with condiments, particularly pickle’.

“Another commenter, on a YouTube video in which the crisps were tasted, said: ‘I miss these, they were well nice, I bought a whole box of 48 they were that good!!’

“A crisp for the ages, Walkers is yet to bring the flavour back, despite public pleas.” 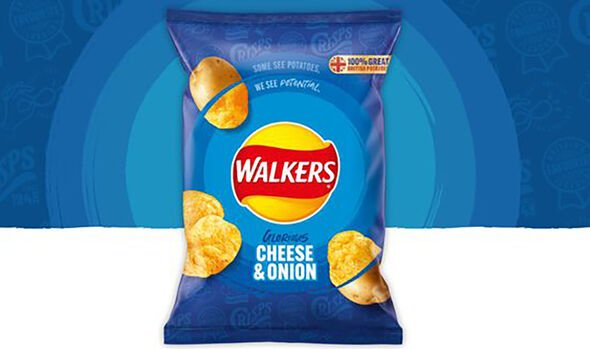 “When you eat a bag of cheese and onion crisps, you know you’ve tasted peak crisp engineering.

“And, don’t just take our word for it, cheese and onion is the most sold and highest ranking flavour in most crisp surveys.

“1954 was a momentous year in world history.

“A flavour combination which is now replicated everywhere from fancy restaurant cheeseboards to supermarket meal deal sandwiches, cheese and onion ascended to top of the crisp landscape almost 70-years-ago and has not moved since.”