Croissants are a delicious breakfast delicacy, with flaky buttery pastry and enjoyed best fresh out of the oven. The morning pastry can be filled with chocolate, nuts, raisins or jam for a twist on the classic.

Croissants are a viennoiserie pastry of Austrian origin, so named for its historical crescent shape.

The dough is layered with butter, rolled and folded several times in succession, then rolled into a sheet, in a technique called laminating.

Pastry can be notoriously tricky to perfect, however below is a BBC Good Food recipe which will have you perfecting your own croissants in no time.

Bear in mind preparation time will take one hour and 15 minutes, plus time overnight for chilling.

Read More: How to make the perfect four-cheese toastie 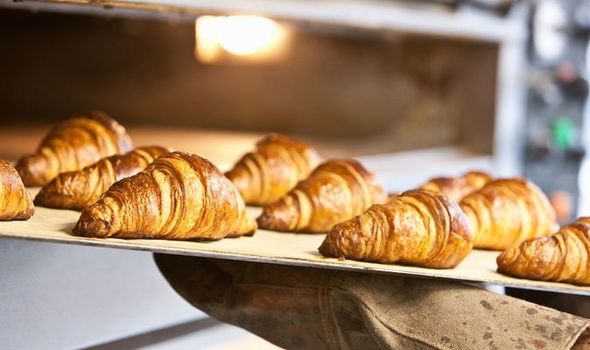 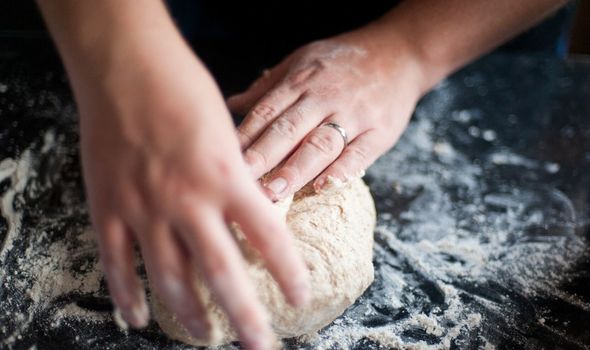 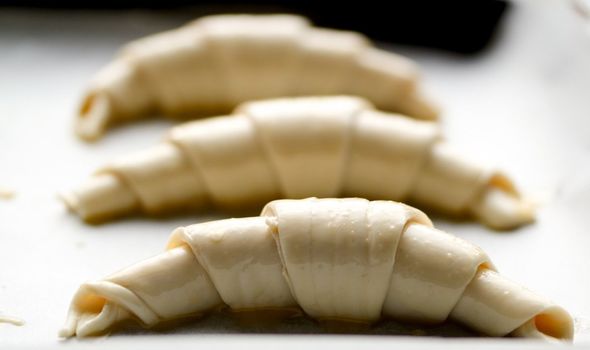 1. Put the flour, salt and sugar in a mixing bowl. Measure 300ml cold water into a jug, add the yeast and stir. Make a well in the flour and pour in the liquid. Mix, then knead on your work surface for 10 mins. Shape into a ball, put in a lightly oiled bowl, cover and chill for at least two hours.

2. Put the butter between two sheets of baking parchment. Using a rolling pin, bash and roll it into a rectangle about 20 x 15cm. Leave wrapped in the baking parchment and chill.

3. Transfer the chilled dough to a floured surface and roll into a 40 x 20cm rectangle. Place the unwrapped slab of butter in the centre of the dough, so that it covers the middle third.

4. Fold one side of the dough up and halfway over the butter.

6. Fold the dough in half so that the point where the ends of the dough meet becomes the seam.

Wrap in cling film and chill for 30 mins. 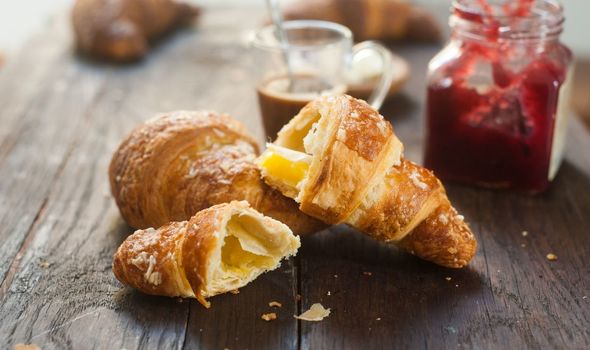 8. The next day, roll the dough out on a floured surface into a large rectangle, measuring about 60 x 30cm. Using a sharp knife or pizza cutter, trim the edges to neaten.

9. Cut the dough in half lengthways so that you have two long strips, then cut each strip into six or seven triangles with two equal sides.

10. Take each triangle in turn and pull the two corners at the base to stretch and widen it.

11. Starting at the base of each triangle, begin to gently roll into a croissant, being careful not to crush the dough.

12. Continue rolling, making sure the tip of each triangle ends up tucked under the croissant to hold in place. If adding any fillings like chocolate, raisins, cinnamon or jam, place across the widest part of the triangle before rolling up.

13. Bend the ends of the croissants inwards, then transfer to baking trays lined with baking parchment, spaced well apart. Cover with lightly oiled cling film and leave to rise for two hrs, or until doubled in size.

14. Heat oven to 200C/180C fan/gas 6. Mix the beaten egg with a pinch of salt and use to generously glaze the croissants. Bake for 15 to 18 mins until risen and golden brown, then cool on wire racks.